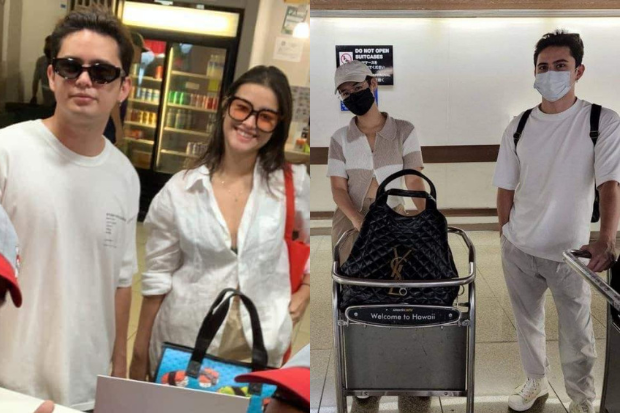 James Reid and Liza Soberano got to enjoy Filipino fast food in Hawaii, where they attended the birthday party of Filipino-American online personality Bretman Rock on Sunday, July 31. 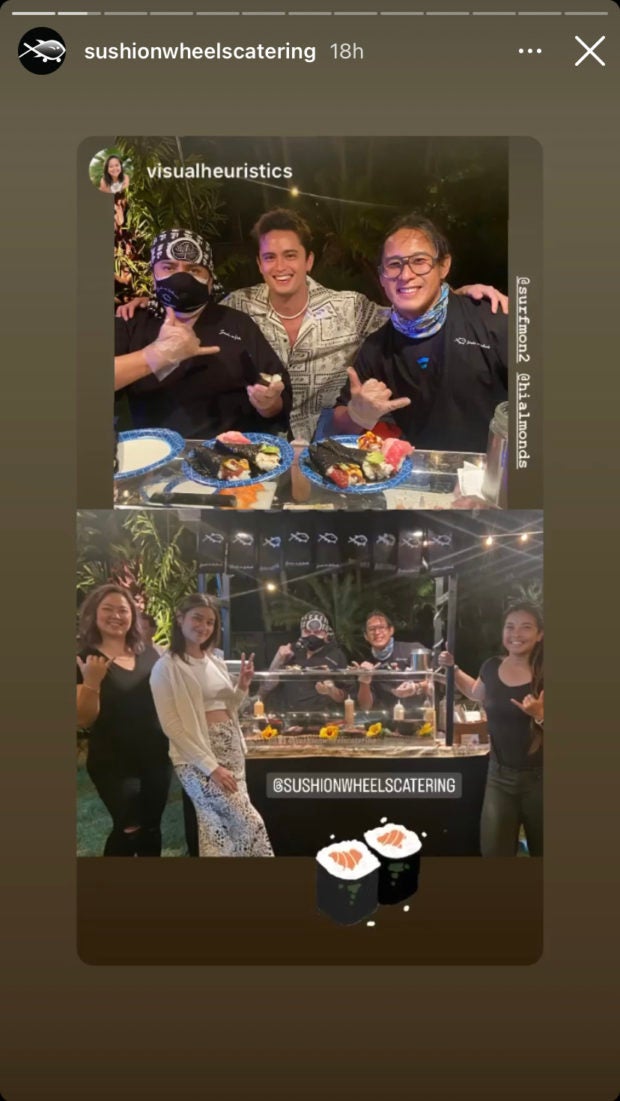 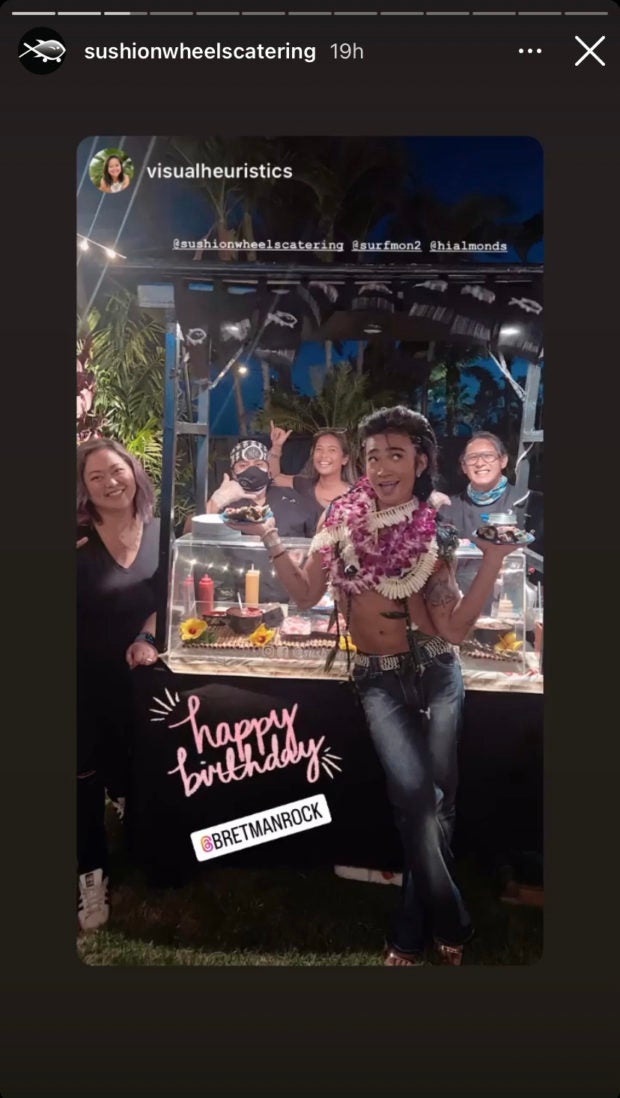 Reid and Soberano were also with Rock and his fellow Fil-Am content creator Bella Poarch for a photobooth snap that Rock showed in his Instagram Stories today, Aug. 2. This is not the first time Soberano spent time with Rock and Poarch, with them having bonded during Philippine Independence Day last June. 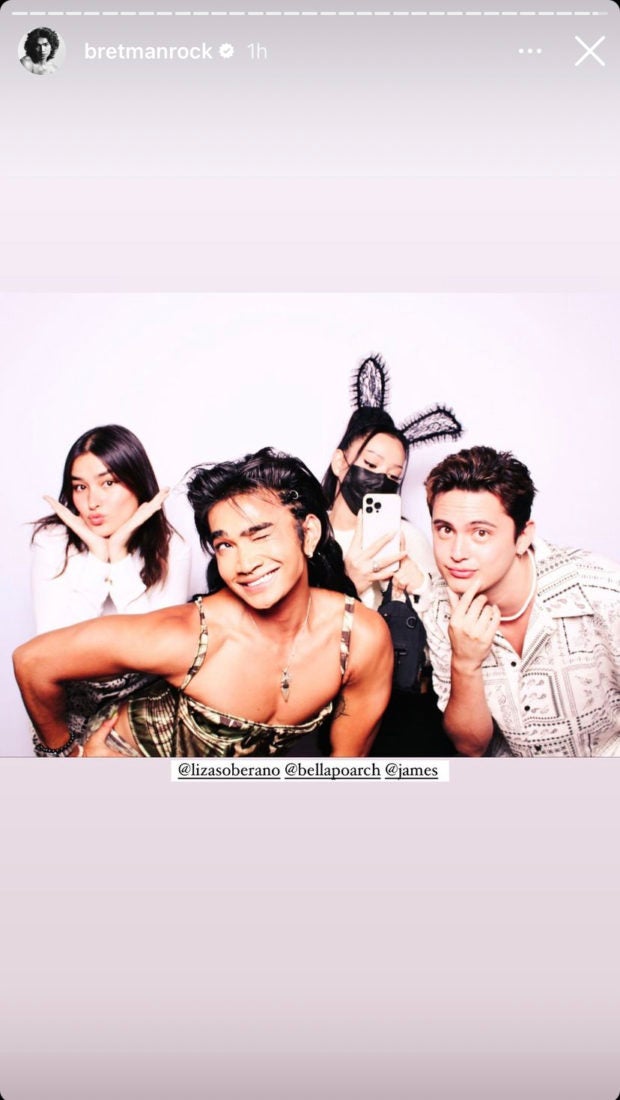 Prior to Rock’s party, Reid and Soberano were seen posing at the counter and having a meal at a Filipino fastfood chain’s branch in Ala Moana Center in Honolulu, Hawaii, as seen in the Instagram Stories of Careless Music CEO Jeffrey Oh, also yesterday. 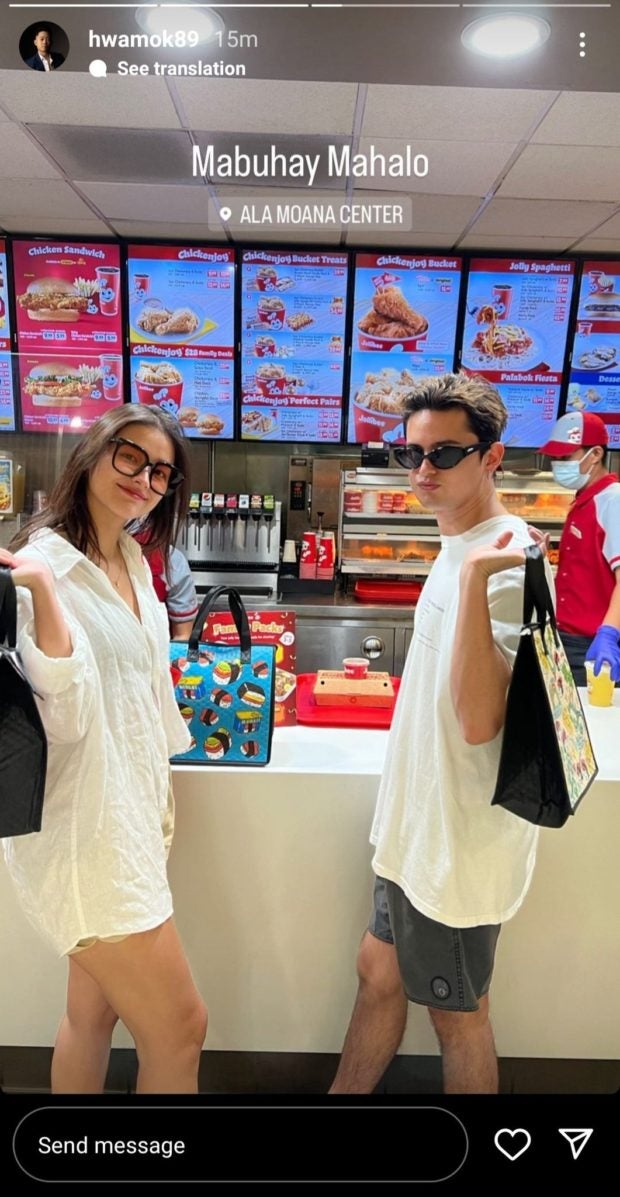 The fastfood crew who took the pair’s order, Jhan Balugo, gushed over meeting the actors in person, as seen on her Facebook page yesterday. She also showed screenshots of Oh’s Instagram Stories, as well as a photo of some restaurant staff with Soberano and Reid.

It seems Reid and Soberano have been in Hawaii for a few days now as they were first spotted by one @nikkirs16 arriving on the island last Saturday, July 31.

Soberano and Reid have been spending more time together lately, after the actress signed with Reid’s record label Careless Music.