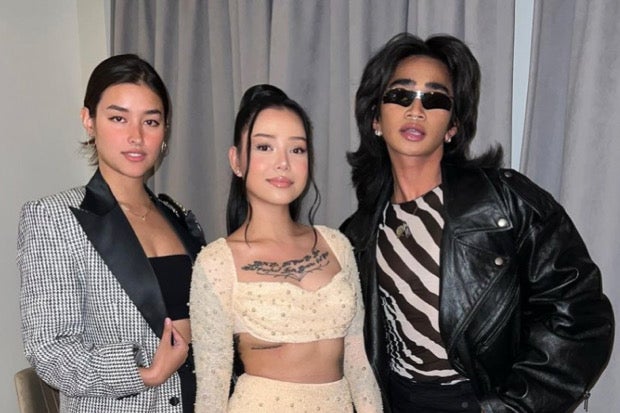 Liza Soberano made sure to spend Philippine Independence Day with fellow Filipinos even while in Los Angeles, as she celebrated it with Filipino-American celebrities Bretman Rock and Bella Poarch over dinner.

The actress posed with the singer and the social media personality in a restaurant in the said city, as seen on Soberano’s Instagram page today, June 14.

“Dinner with [Bella Poarch] and [Bretman Rock] on Philippine Independence Day,” she said. “Always happy to be with people I can relate to!!”

Rock and Poarch then interacted with the actress via the comments section, with Rock saying he already misses Soberano and Poarch, leaving a heart and a Philippine flag emoji. 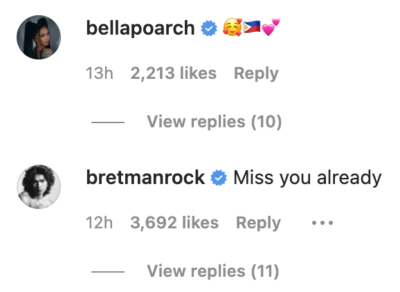 Soberano had already met Poarch in what appears to be a night out earlier this month. Aside from the two celebrities, Soberano also got to see Korean-American singer Woosung of the South Korean band The Rose during a trip in New York.

Soberano has been attending several events in the U.S., including the Asia Society Southern California 2022 Annual Gala, as well as the Gold Gala, where she was spotted with actor-musician James Reid.

Meanwhile, it was recently revealed to the public that Soberano will be managed by Reid as her contract with comedian-talent manager Ogie Diaz ends. According to Diaz, Soberano declined his offer to renew her contract, saying that she wants to pursue opportunities in Hollywood. JB