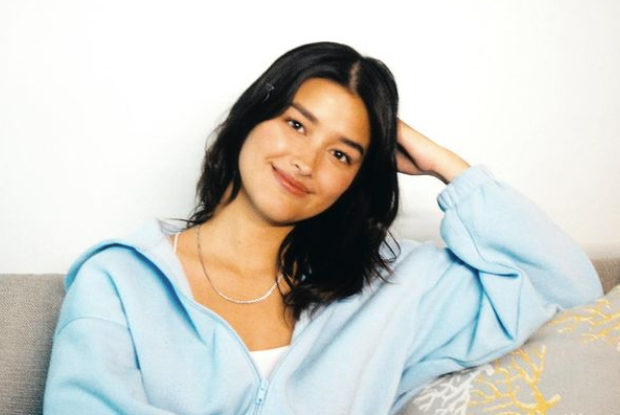 Liza Soberano will no longer be handled by her longtime manager Ogie Diaz and will now be managed by her fellow actor James Reid, as Diaz revealed his contract with the actress is set to end by May 31.

Diaz disclosed the details about transitioning Soberano to a new management in his YouTube vlog today, May 27. He appears in the vlog with his co-host Mama Loi.

(Legally speaking, I am still Liza Soberano’s manager until May 31, 2022. We have been together as father-daughter and as manager-talent for 11 years.)

Diaz recalled that he had asked the actress via video chat if she wanted to have a new contract with him. Soberano later sent him a long message declining his offer and saying she wants to pursue opportunities in Hollywood.

(The kid was respectful, in fairness, and you know me, if a person’s happiness is concerned, I give it to them.)

“Siyempre hindi naman ako ‘yung tipong alam ko rin ‘yung hanggang Hollywood. Kumbaga hanggang dito lang ang kaalaman ko bilang manager,” he added. (Of course, I am not the type who also knows about Hollywood. In other words, my knowledge as a manager only goes this far.)

Diaz stressed that his 11 years of being Soberano’s manager was enough as he recounted how the actress helped his family.

When asked by Mama Loi whether the actress is now self-managed, Diaz said that Soberano had initially told him this, but it is currently not the case.

(She introduced us to the new team that will handle her career. She is already under new management. For me, we are slowly passing Liza on to them and that is none other than James Reid’s team.)

(Yes, James Reid is [acting] as a manager. So if you will notice they were together at a gala. Liza was not just with James Reid but also their partners because they have a business group and Liza is part of that.)

He also noted that the new team will handle Soberano’s career in the United States and the Philippines.

Mama Loi then brought up the bashings Diaz received from fans of Soberano and her boyfriend Enrique Gil, as the love team had not appeared in a project since their 2019 film “Alone/Together” and their 2020 TV series “Make It with You.”

According to Diaz, Soberano and Gil were afraid to take on projects amid the COVID-19 pandemic and sometimes did not feel like doing the projects pitched to them.

(It just so happened that they do not feel it is the right timing for LizQuen, so they do not want to do it and they got busy with their business. But they still do not forget their fans who are waiting for them.)

Diaz added that despite this, if Soberano were to do a TV series, she wants to do it with ABS-CBN.

Soberano is currently in the United States with Reid. The pair was earlier spotted hanging out with friends in a football game and attending the Gold Gala in Los Angeles.

While they have previously worked together in the actor-singer’s music video for “Hello 2.0,” Soberano and Reid are yet to announce any new projects as of this writing.  /ra