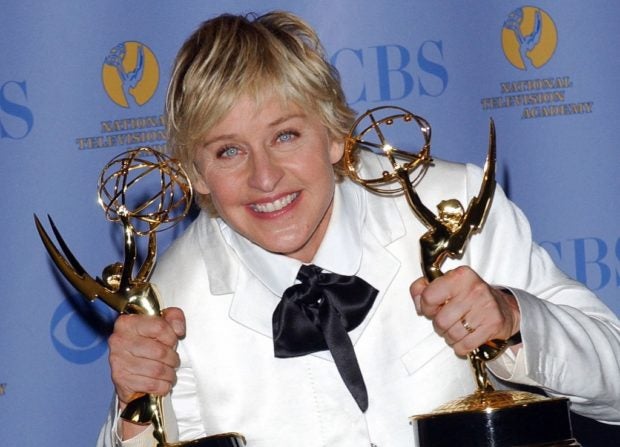 For nearly two decades, “The Ellen DeGeneres Show” and its openly lesbian host have beamed into homes across America, busting stereotypes and charming daytime TV audiences with a feel-good blend of quirky comedy and celebrity.

But after more than 3,000 episodes, a talk show that came to rival even Oprah Winfrey’s in terms of its cultural impact bowed out Thursday under a cloud, after allegations of a toxic workplace at stark odds with its “be kind” mantra.

“Twenty years ago, when we were trying to sell the show, no one thought that this would work. Not because it was a different kind of show, but because I was different,” she said on Thursday’s broadcast.

“We couldn’t say ‘gay.’ I couldn’t say ‘we,’ because that implied that I was with someone… and now I say ‘wife’ all the time,” she said as the camera cut to her spouse, actress Portia de Rossi.

There is no doubt the cultural landscape has been upended since rising comedian DeGeneres came out in 1997—simultaneously as her character on sitcom “Ellen,” and in real life with an interview on the cover of Time magazine.

DeGeneres was hailed as a gay icon, but her sitcom was canceled a year later amid a backlash, and she spent five years in the wilderness before reinventing herself as a talk show host.

“It was a sensation, it was a landmark—and it became a political football,” said Mary Murphy, associate professor of journalism at University of Southern California. “She led the way. She was probably—and may still be—the most famous LGBTQ person in America.”

While DeGeneres has never shied away from her sexuality, her Rolodex of A-list guests and light touch have been key to the show’s success, especially in more conservative parts of America.

For 19 seasons, Hollywood A-listers and pop stars jostled for seats on DeGeneres’ couch, where they were invited to promote their latest projects, and never put through more than a gentle ribbing.

Some appeared more than a dozen times—Jennifer Aniston, the show’s first-ever guest, was back on Thursday’s edition, her 20th appearance on the show to bookend its run.

Before singer Pink came on as the final guest, DeGeneres welcomed Billie Eilish, who noted that the show had been part of the cultural landscape for almost as long as she has been alive.

“You started this show the year after I was born,” the Oscar-winning Eilish said. “This was in my house constantly. Every day, I would walk into the kitchen and my mom would be watching you.”

The ease with which DeGeneres has chummed around with her guests over the last two decades has been key to the show’s success, said Murphy.

“She is one with the celebrities, she’s their friend. They know that. And she made it jovial,” said Murphy. “Maybe it was because, having been so burned, as she was, she didn’t want to burn other people. There were no gotchas.”

Audience members and the latest viral YouTube stars were also regularly invited on stage to enjoy their 15 minutes of fame, in human interest segments and wacky games.

“Ellen is this funny, silly, quirky character that really didn’t take herself too seriously,” said Jeetendr Sehdev, author of “The Kim Kardashian Principle.”

“We hadn’t quite seen a daytime talk show host before that looked like her and that behaved like her… She was the cropped haired woman wearing a suit and tie while everyone else was getting blowouts,” Sehdev added.

But rumors that life was less rosy backstage came to a head with a 2020 Buzzfeed expose alleging a “toxic work culture” including sexual harassment, bullying and racism.

Three senior producers were fired, while DeGeneres was accused of failing to mind her shop—and of being less affable with employees in private than her cheery public persona would imply.

Last May, DeGeneres announced the show would end after its 19th season, but denied it was due to the workplace claims.

“I need something new to challenge me,” she told The Hollywood Reporter.

But DeGeneres has courted increasing controversy, including her defense of comedian Kevin Hart after he withdrew as Oscars host in 2018 over a series of homophobic tweets.

“Suddenly, she kind of fell from grace,” said Murphy. “She seemed to be… in touch with celebrities, in touch with audiences, out of touch with the people working for her.”

According to Sehdev, Ellen has always “been full of contradictions.”

“That has been both partly the reason why she has also appealed to people, and has been capable of generating that mass appeal,” he said. “And at the same time, (it) has also been the reason why her integrity and her credibility and authenticity have been questioned.” DC