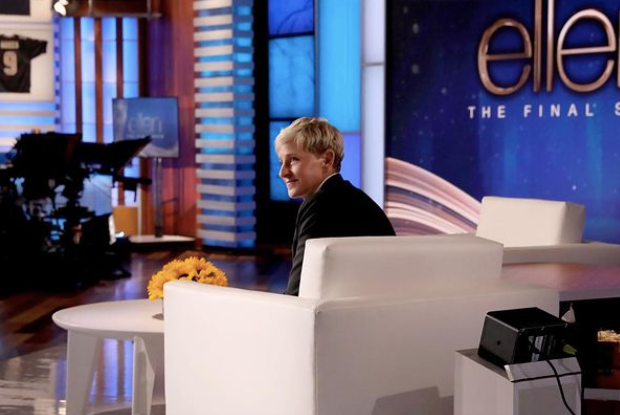 The American TV host and comedian looked back at the early days of her self-titled talk show while showing herself on set for its final taping day, via on her Instagram page yesterday, April 29. The final episode of “The Ellen DeGeneres Show” will air on May 26.

“When we started this show in 2003, the iPhone didn’t exist. Social Media didn’t exist. Gay marriage wasn’t legal,” she said. “We watched the world change, sometimes for the better, sometimes not. But whatever was happening, my goal was always for the show to be a place where we could all come together and laugh for an hour.

DeGeneres announced last year that her talk show will end after its 19th season, as per Hollywood Reporter in May 2021.

“When you’re a creative person, you constantly need to be challenged—and as great as this show is, and as fun as it is, it’s just not a challenge anymore,” the TV host was quoted as saying.

“The Ellen DeGeneres Show” premiered on Sept. 8, 2003, and bagged 64 Daytime Emmy Awards, as per Entertainment Tonight yesterday. It invited over 4,000 guests and generated 3,000 hours on television for nearly two decades.  /ra