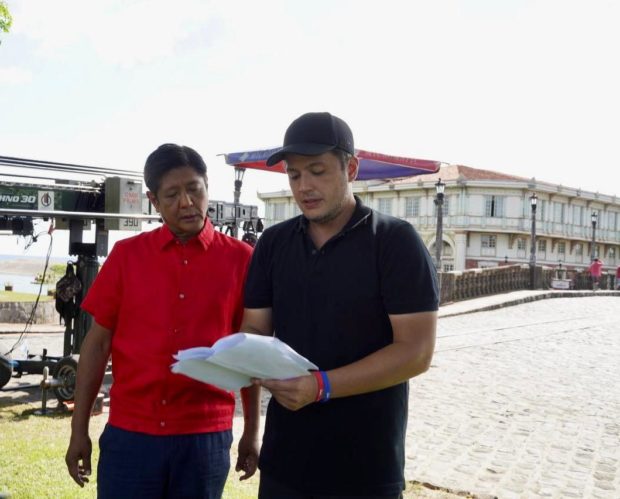 Multi-awarded director Paul Soriano, a gamechanger in the the local filmmaking industry, turned out to be the brains behind the colorful visuals promoting presidential candidate and former Sen. Ferdinand “Bongbong” Marcos Jr.

Not many people know that Soriano is in charge of producing Marcos’ TV and online ads–way back from campaigns since the latter started out as vice governor and governor of Ilocos Norte; his stint as senator and his campaign for the vice presidency, and until now, the presidency.

“My father is a director, Jeric Soriano… When I got back (from the US), I was learning the ropes. My dad was doing BBM visuals-messaging already, when he was still vice-governor, governor of Ilocos Norte,” he said in an interview.

“I would remember then, PA ako, and I was with my dad and him. BBM was very hands on— sa mga scripts niya, siya mismo sumusulat e. I’m very honored to now be directing his presidential campaigns.”

“Direk Paul” is much celebrated in the concert, music video, and TV commercial industry, prior to making his move to directing short films, independent films, and full length feature movies.

He rose to popularity in the business of filmmaking by raking in quite a number of awards. 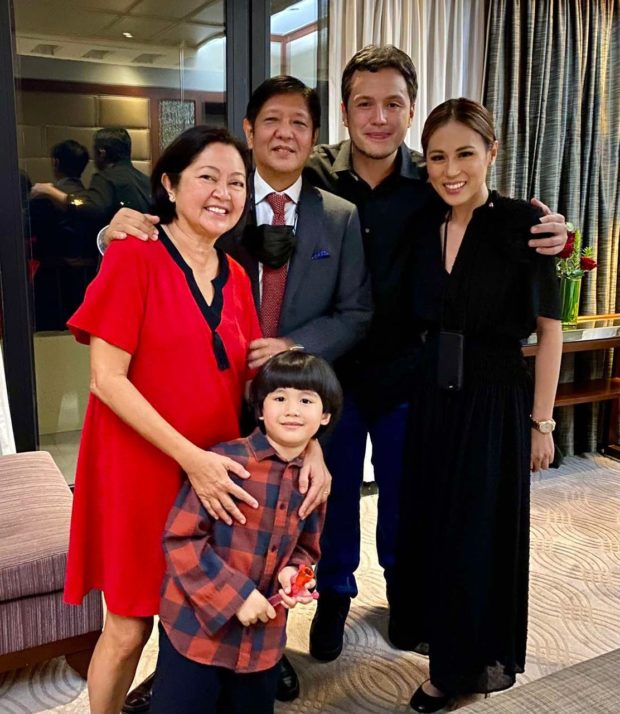 This was aside from the nomination he garnered at the FAP Awards, Gawad Urian, Golden Screen Awards, MMFF, and the Tokyo International Film Festival.

With his impressive resumé, Soriano brought his expertise to a different field by exclusively handling the campaign visuals of Marcos.

It has become a much-talked about move as the voting public made their sentiments known online this election season. But Soriano considered it a privilege directing BBM’s commercials. He wore it like a badge of honor.

Quite a few people raised eyebrows after learning of the support given by Soriano and his wife actress Toni Gonzaga to Marcos.

“I guess to them, it may appear controversial, pero sa amin ni Toni that’s family to us e. It’s never been controversial for us. It’s always been a great relationship to BBM and Tita Liza,” said Soriano.

The move was a no-brainer for the film director since he is a distant nephew of the Marcos’ wife, Liza Cacho Araneta-Marcos.

His father Jeric and Liza are first cousins, while his paternal grandmother and Liza’s mother are sisters, making Paul second cousins with BBM’s children Sandro, Simon, and Vincent. Marcos and Liza even stood as Ninong and  Ninang during Soriano and Toni’s wedding.

Soriano and Toni have valid reasons that motivated them in their chosen brand of politics. These included crucial intangibles like principles, values, and personal relationships and these made them see things from a different view. 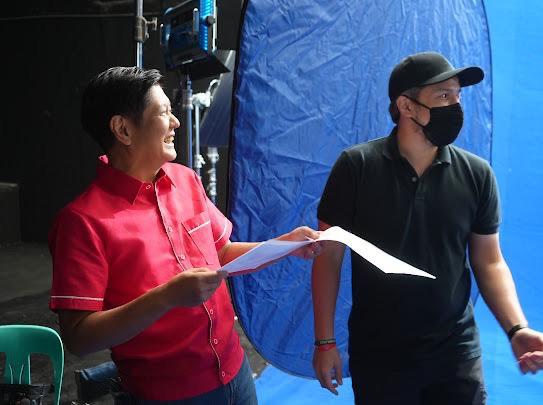 Presidential frontrunner Bongbong Marcos in a studio for a commercial shooter

The relationship enabled Soriano and Toni to see Marcos not one dimensionally, but rather as a person of depth and a multi-faceted character.

Soriano believes his choice of Marcos as president is neither coincidence nor motivated by personal gain.

It was even Soriano’s idea to feature Marcos in the debut launch of ToniTalks, which created much attention to the politician’s personal life.

“There’s going to be opposition, there’s going to be critics and controversies. Pero me and Toni, we just roll with it… wala silang magawa e. This is a campaign. We devote all our time into helping BBM, Inday Sara, the UniTeam… No amount of hate, criticism or bashing can change our mind. Toni and I are just focused on our mission. And the noise, it’s just noise,” he said. 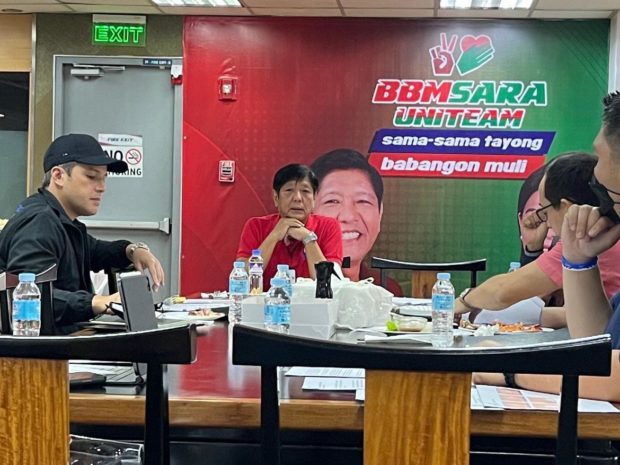 Presidential frontrunner Bongbong Marcos in a studio for a commercial shooter

“I mean, we have been victims of bashing and cancel culture for so long, but every time people prey on us, we just look at BBM and we say ‘this man has been a victim of propaganda and bashing for more than 30 years, but he remained calm and quiet. Hindi sya pumatol at hindi sya nanira, and so we do the same. We know that their bashing is rooted in love and passion, so we do not invalidate it,” Paul said.

Soriano will be releasing a much-awaited TV ad for the BBM-Sara UniTeam.

READ: Aiko weighs in on the Toni-Bongbong brouhaha