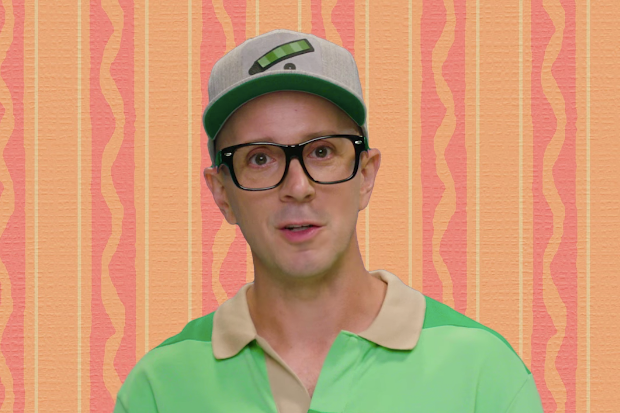 Former “Blue’s Clues” host Steve Burns has finally given some closure to his now-adult fans who might have been left heartbroken over his sudden departure from the children’s TV series.

Burns’ character, who is also named Steve, left young viewers stunned when he walked away from the hit Nickelodeon show in 2002.

The actor has returned onscreen to talk about his departure from “Blue’s Clues,” through a video on Nick Jr.’s Twitter page today, Sept. 8. This is to mark the show’s 25th anniversary.

Burns recalled the adventures he had with the animated puppy Blue while wearing the green striped shirt he used to wear on the show. He also looked back at his last episode on the series.

“I realize that was kind of abrupt, I just kinda got up and went to college. That was really challenging by the way, but great because I got to use my mind and take a step at a time and now I literally am doing the things that I wanted to do,” he explained.

He then addressed the show’s former kid audience who are now grown-ups, telling them they have done amazing things over the years.

“[Look] at all you have done and all that you have accomplished in all that time. It’s just so amazing, right?” he said. “I mean, we started out with clues, and now, it’s what? Student loans, and jobs and families.”

So about that time Steve went off to college… #BluesClues25 pic.twitter.com/O8NOM2eRjy

Burns also thanked the fans of “Blue’s Clues,” telling them he never forgot about the show’s audience.

“I really couldn’t have done all of that without your help. In fact, all the help that you helped me with when we were younger is still helping me today, right now, and that’s super cool,” he added. “I guess I just wanted to say that after all these years, I never forgot you, ever. I’m super glad we’re still friends.”

This trip down memory lane sent many Filipino fans emotional. Phrases related to the show such as “#BluesClues25” and “Steve” took the third and fourth spots on Twitter Philippines’ trending list shortly after the video was released.

“Blue’s Clues” first premiered in Nick Jr. in 1996. It has since had a reboot series, “Blue’s Clues & You,” which premiered in 2019 and is hosted by Filipino-American Broadway actor Joshua Dela Cruz.  /ra