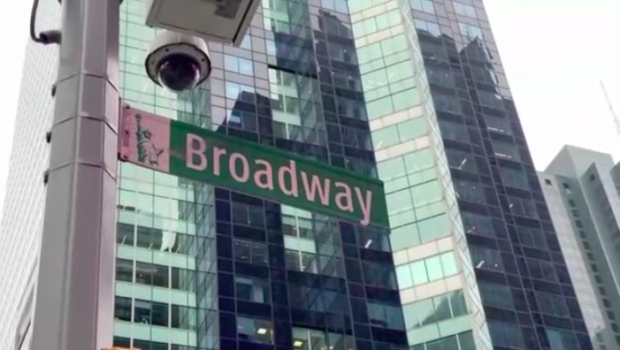 Broadway puts on the razzle dazzle this month after an unprecedented 18-month pandemic shutdown, hoping that Americans have missed live theater as much as actors and producers.

A rousing video promotion by Oprah Winfrey, a television special, refundable tickets, and a week of outdoor performances in New York’s Times Square will highlight the 18 musicals and five plays that open over the next few weeks.

“I think audiences are drooling to get back to live entertainment,” said Ken Davenport, producer of “Kinky Boots” and “Once on This Island.”

“One of the best things that Broadway did over the past 18 months was not try to return too early. That policy has done us very well in making sure we had customer confidence that when we came back, we’d be back for good,” Davenport said.

Protocols agreed with unions, producers and the New York city authorities stipulate that actors, audiences, musicians and backstage staff must be vaccinated against the coronavirus and audiences must wear masks, but capacity at venues is not limited.

London theater, by contrast, returned in fits and starts earlier this year, with closures, changes in quarantine rules and limited capacity at venues.

Broadway tickets are selling well through September, according to show websites, but the following months could be a test of nerves given the tenacity of the Delta variant and the absence of most tourists.

International tourists accounted for some 19% of Broadway ticket sales in 2019, according to the Broadway League. More than 14 million tickets sold overall, making theater one of New York City’s biggest attractions.

“I’m encouraged that as soon as the shows announced (opening dates), people started buying tickets. That gives me hope that the appetite is still there to gather in the dark and tell stories,” said Lin-Manuel Miranda, creator of the award-winning musical “Hamilton.”

About 16 Broadway shows are due to open in September, many of them returning musicals or plays that had been running for years before the shutdown.

“That’s massive by any standards, even in a normal season,” said Laurence Maslon, arts professor at New York University. “The degree to which they’ll keep running, the degree to which shows will find audiences, I think that’s a very open question.”

“The technical opening of Broadway is a massive achievement… (but) it won’t return overnight,” Maslon added.

With many foreign tourists still barred from visiting the United States, producers are hoping that people living in or near New York will fill seats.

“We’ve seen New Yorkers be tourists in their own backyards. And that is what will drive Broadway forward, New Yorkers and our neighbors in places where people can take a day trip,” said Brian Moreland, producer of “Thoughts of a Colored Man” that opens in October.

Moreland said it’s likely to be March 2022 before the theater community can get a solid indication of how things are going.

Actors, most of whom have been out of work since March 2020, are overjoyed at returning. Jewelle Blackman, a member of the “Hadestown” cast, said the first day of rehearsals was intense.

“I don’t think I’d actually mentally prepared myself for what that would be like, walking into a room with people who I hadn’t seen, who I used to see every day, who I didn’t see for 18 months,” Blackman said.

Despite the challenges, there is excitement and optimism for the future.

Tickets of up to $700 each are selling fast for the revival of “The Music Man,” starring Hugh Jackman, although the musical doesn’t officially open until February 2022.

“Broadway is the heartbeat of New York,” said Jackman. “I think there is just a great determination that it’s going to work and that we’re going to make Broadway better. Not just as good as it was, but better.” JB