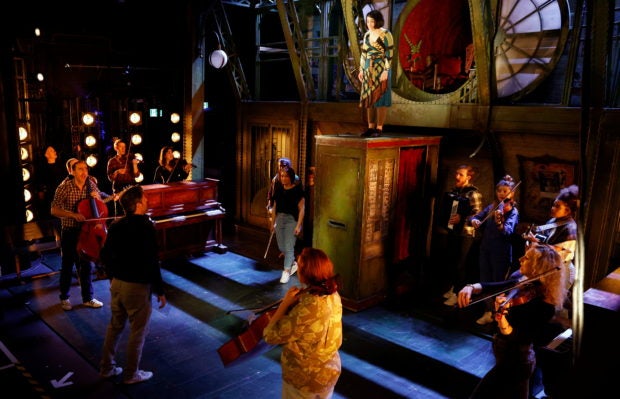 The cast of “Amelie” rehearse at the Criterion Theatre in London, Britain, May 13, 2021. Image: Reuters/John Sibley

LONDON — Standing in a makeshift Paris metro station at London’s Criterion theater, actress Audrey Brisson performs a heartwarming song during a rehearsal for the musical “Amelie.”

It has been over a year since the production was on the stage in London, and as England takes the next step out of lockdown, the musical, based on the hit 2001 French film, will be one of the first to open in the capital’s West End.

“It feels wonderful, it feels heartwarming, it feels exciting, exhilarating. It feels like coming back home,” Brisson, who plays the title role, told Reuters. “I’ve missed storytelling. I have missed seeing in the eyes of the audience that glimmer of forgetting reality and just being swept off their feet and imagination.”

Like elsewhere around the world, the COVID-19 pandemic shut down theaters in the West End. As of Monday, they will be able to welcome back audiences but only at 50% capacity and with protective measures in places.

Director Michael Fentiman said “Amelie The Musical” could re-open thanks to financial support from the British government’s Cultural Recovery Fund as well as for being a “nimble” production, where the 16 cast members are also the orchestra.

“We thought it was an imaginative way to… tell their story. However, it also means we are a bit less expensive than other musicals,” he said.

“We’re a show about coming out of isolation… about the joy of moving from… an isolated, anxious place into one of… connection and joy and empathy… so we… had to be here in the moment where theater turns the light on for the first time.”

About a third of London theaters will re-open from next week, according to Julian Bird, chief executive of the Society of London Theatre and UK Theatre. Major productions like “Wicked,” “Hamilton” and Andrew Lloyd Webber’s “Cinderella” are awaiting the final phase out of lockdown in June to raise their curtains from the summer. 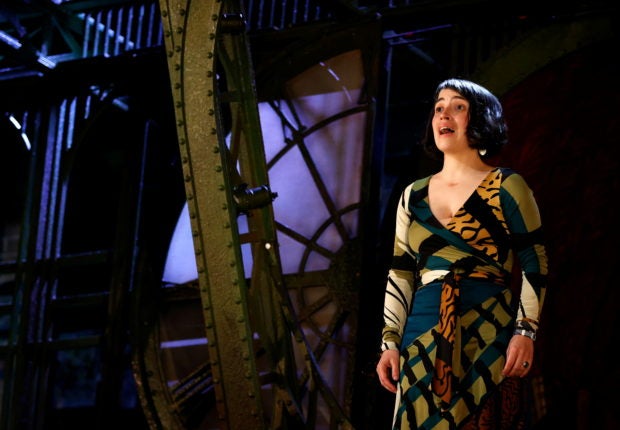 “The bigger shows need the fuller capacity, their running costs are just too high, they can’t get by on 50% of the seats,” Bird said.

Amongst the shows returning next week are “Everybody’s Talking About Jamie,” “Les Miserables – The Staged Concert” and “The Mousetrap.”

“If we just look at central London and the West End .. bookings have been remarkably strong,” Bird said. “People are very keen to get back to the theater.”

Lighting designer Elliott Griggs, who worked as a supermarket delivery driver during lockdown, said it was “amazing being back.”

“So many people are still waiting for that call to come,” he said. “So I feel very lucky to be here and back doing this job.” JB

‘Amelie’ and ‘La La Land’ directors sign up with Netflix

Read Next
Movie review: ‘Mommy Issues’
EDITORS' PICK
DOH: Too early to say COVID-19 cases are declining
Acer starts the year off strong with the Aspire Vero National Geographic Edition
Duterte praises military but slams police for poor discipline, corruption
Over 3 Million worth of prizes to be won at Smart Padala’s SENDali Manalo Promo!
COVID-19 cases surging in all regions and provinces, says DOH
The best of bayside and city living at SMDC’s Sail Residences
MOST READ
In Batanes, octogenarian dies of COVID-19
Duterte praises military but slams police for poor discipline, corruption
PBA gets crucial call from GAB for go signal under different setup as reboot of Governors’ Cup could come earlier
Australia suffers deadliest day of pandemic as Omicron drives up hospital cases
Don't miss out on the latest news and information.