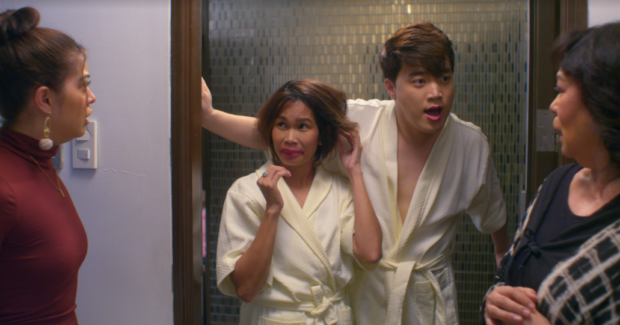 “Mommy Issues” from Regal Entertainment, Inc. has all the hallmarks of a Jose Javier Reyes-directed-and-written movie, from the beats, plot points, onscreen character types, just to name some of them. This is a signature Jose Javier Reyes movie from start to finish.

Now, when it comes to the on-screen characters of Sue Ramirez and Jerome Ponce I was surprised to see that their respective character profiles in “Mommy Issues” were tamer, less dramatic, and more grounded to real life than what I originally had expected.

As a young couple in love, “Mommy Issues” addresses their problems through the prism of humor, silliness, and wackiness employed in this movie. The usual and sometimes not so expected situations the young normally face and the long-term consequences of their impulsive, irresponsible, and not well-thought-out actions are explored here.

Those scenes are where “Mommy Issues” has its more serious moments which lend the movie more substance and weight.

The hilarity was not only there with the crazy and wild interaction of the onscreen characters of Pokwang and Ryan Bang. I must say, though, that much of the dialogue between the two of them was so crude, low brow in taste, and racy that at times it felt the movie was going off the rails and turning into a complete slapstick type of movie.

These two comedic actors certainly did not hold anything back in “Mommy Issues.” Their onscreen characters were shameless in a way that would please their respective fans.

It is unusual to see the onscreen character of Pokwang be on the defensive most of the time since Pokwang is not only considered as one of the greatest comedic character actresses nowadays but an insult comic as well. She certainly can dish it out among the best of them. Bear in mind that Pokwang is one tough cookie and no one can make her crumble on the spot in any scene of a movie unless it is written in the script. 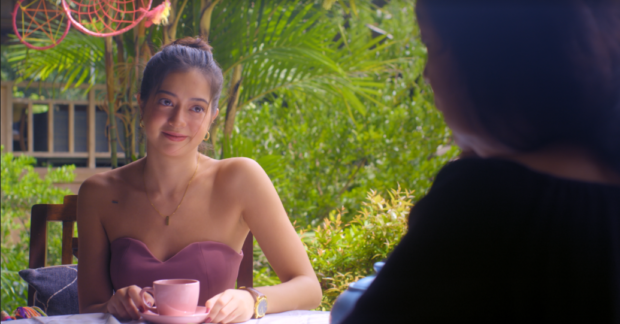 It is quite rare that Pokwang is not the first one to initiate the verbal tirade or jab, but in this movie, Pokwang finds herself on the defensive against the onscreen character of Ryan Bang. Despite that, the veteran comedienne still managed to steal the scenes with Ryan Bang, with her onscreen character, with the most colorful, absurd, and racially offensive stereotyping-fueled language I have heard in some time in a comedy movie in the Philippines.

A lot of the lines that Pokwang said to Ryan Bang in “Mommy Issues” would make anyone laugh out loud because they were so unbelievably below-the-belt. To be brutally frank, those scenes with their colorful dialogue felt like they were taken from an R-rated comedy or an episode of “Palibhasa Lalake” from the very early 1990s. Watch the movie and you will know why.

Ms. Gloria Diaz was the voice of reason among the onscreen characters in “Mommy Issues.” In short, among the adults, her character was the most normal and she saw almost everything happening to her granddaughter simply as black and white, and so she had the tendency to spoil her as an expression of her love and care.

The performance of Ms. Gloria Diaz in “Mommy Issues” was good. Yes, I know the word good is such a very plain and generic term for describing someone’s acting ability, but that word holds much more weight and meaning once you get to watch “Mommy Issues.” I really think she helped make the movie feel more cohesive, structured and orderly because of her presence in it. 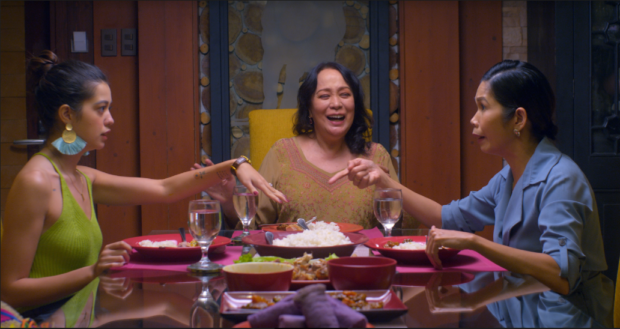 Watch out for the scenes with Diaz, Ramirez and Ponce, and also the interactions of Pokwang, Bang and Diaz.

Overall, the movie has its high points and low points. I would surely give “Mommy Issues” an above-average rating, considering everything about it and its sheer entertainment value, and more notably, the timeless message it conveys to moviegoers.

Plus, it has a running time of only around 90 minutes. “Mommy Issues” had a long-enough running time to connect the dots of its main plot line with its subplots. This makes the movie more enjoyable because it did not drag on too long.

Is this movie worth repeated viewings – Yes