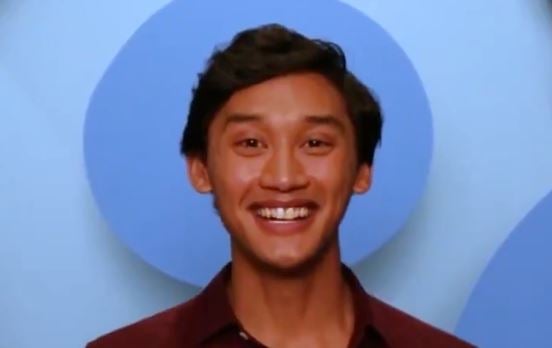 The official Twitter account of Nickelodeon’s NickSplat! made the news known last Sept. 13 when it shared a video on the social media platform introducing Dela Cruz as the show’s new host. It’s a feat that requires some big shoes to fill as Dela Cruz replaces Steve Burns, the original host of the show, and Donovan Patton (Joe), who succeeded Burns after his departure in 2002.

In the video, Dela Cruz shared his journey in becoming the “Blue’s Clues” host. “My journey to get here was really wild,” Dela Cruz said. “When I auditioned for ‘Blue’s Clues,’ Steve was in the room.”

Dela Cruz shared that he felt “starstruck” upon seeing Burns in the flesh.

“I was starstruck, but at the same time immediately felt comfortable with him. He was just so generous with his time and his energy. It was a huge, huge moment for me to meet the person that I was watching on TV growing up and to find out that he was so cool.”

Dela Cruz further shared that it was “Blue’s Clues” that taught him to be curious and also what got him into singing. Dela Cruz is a Broadway actor and is currently understudying for Aladdin on Broadway.

Being the new host of “Blue’s Clues” still hasn’t fully sunk in for Dela Cruz, as he still thinks of it all as a dream. “It’s a wild, wild dream. One day I’ll wake up. I don’t plan on doing that anytime soon because this is amazing. To be part of such an iconic show, I am over the moon happy.”

But while Dela Cruz may find himself still in disbelief, former host Burns shared that he knew Dela Cruz was the right person for the role the moment he walked in during auditions. And he beat out the thousands of people who auditioned, including American wrestler and actor John Cena.

“I know that they saw thousands and thousands of people. And when we saw Josh, I turned to everyone and said we can start filming tomorrow,” Burns told the Huffington Post last Sept. 13. “He was phenomenal from Day One.”

Well, it seems it won’t just be kids who’ll be tuning in on the upcoming reboot. Congratulations, Josh! NVG