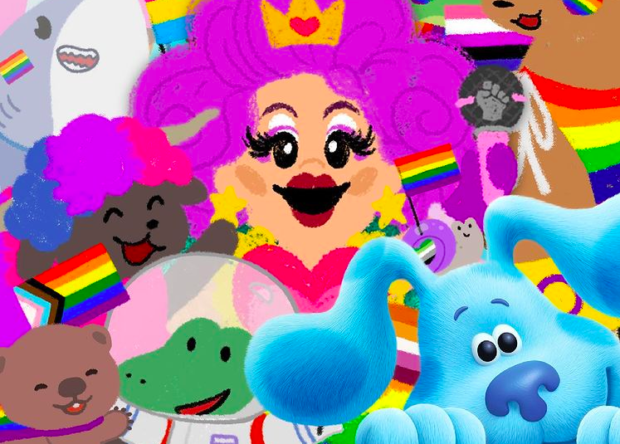 West sang to the tune of the nursery rhyme “The Ants Go Marching,” but with its lyrics changed to teach young children about the LGBTQ community, as seen on the series’s YouTube channel last Friday, May 28.

The sing-along features the titular cartoon dog with an animated version of West marching with various animals in a Pride Parade. It also discussed different kinds of families, including those with transgender, non-binary, lesbian and gay parents.

“This family has two mommies/ They love each other so proudly/ And they all go marching/ In the big parade,” West sings.

“Love is love is love you see/ And everyone should love proudly,” West added as the animated parade ends. He also greeted the show’s young audience a happy Pride Month.

“What a way to kick off Pride Month than with my pal, Blue! Singing and dancing in the streets celebrating Pride is so much fun, especially with all of our new friends!” West said as she showed a snippet of the sing-along on her Instagram page, also on Friday.

Katy Perry, Pokémon to release collab song ‘Electric’ on May 14

Read Next
‘Raindrops Keep Fallin’ on My Head’ singer B.J. Thomas dies at 78
EDITORS' PICK
LOOK: Alice Dixson gives glimpse of partner’s face in beach moment
‘I’d rather be tried, hanged’ in PH, Dela Rosa says on ICC drug war probe
‘Online kopyahan’ ordered probed
Watch live performances by ITZY, Mamamoo and other K-pop stars on Smart’s GigaPlay App
Welcome the next imagery master with vivo X70 co-engineered with Zeiss
An innovative, fun shopping experience AllDay
MOST READ
Declaration of Pacquiao as PDP-Laban presidential bet illegal — Cusi wing
Marcos quizzes DICT for letting Dito Telecommunity use its facilities for free
Son of prominent businessman nabbed in La Union for cocaine possession
Roque not surprised by opposition to ILC nomination: They do not wish anyone to succeed
Don't miss out on the latest news and information.