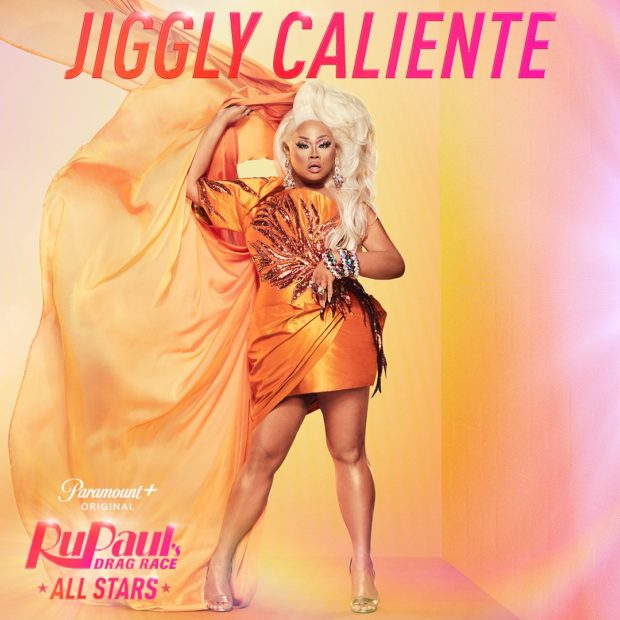 After almost a decade, Filipina drag queen Jiggly Caliente is finally returning to “RuPaul’s Drag Race” to compete in its sixth “All Stars” edition.

Caliente, whose real name is Bianca Castro, now has her second chance at the crown after placing eighth in “RuPaul’s Drag Race” season 4 back in 2012.

“[Jiggly Caliente] is ready to get this party all-started! [fire emoji],” the official Twitter account of the reality show announced yesterday, May 27.

Jiggly Caliente is bringing the HEAT! 🔥

Caliente likewise announced her return via Instagram yesterday, noting that “second chances are paramount, and I’m ready to RISE to the runway! Philippines!!!”

From her first appearance almost a decade ago to her return to “RuPaul’s Drag Race” now, Caliente “went from a little girl to a grown woman,” she said in an exclusive interview with Entertainment Weekly on May 26.

“I’m 50 pounds lighter than I was on season 4, and I also have brand new teeth. I’m more aware of the woman that I am today than I was 10 years ago,” she was quoted as saying.

“So, when I filmed, I was 30, and I was going through a lot in my life at the time. I didn’t even realize there was so much going on until I saw myself on television and I was like, wow, you need help!” she added.

“RuPaul’s Drag Race All Stars 6” is set to premiere on June 24 via streaming service Paramount Plus.  /ra