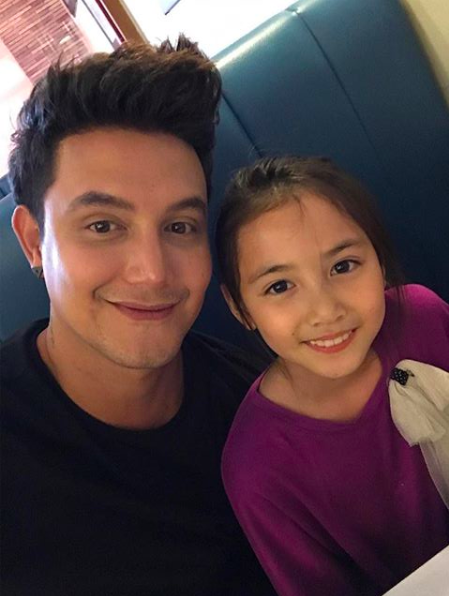 Paolo Ballesteros said his daughter wants to be an actress too. Image: Instagram/@pochoy_29

Paolo Ballesteros opened up on what his relationship is like with his only child, stating that they share a common interest for makeup and drag queens.

The actor has made a name for himself with makeup transformations as he imitates the appearance of his favorite female celebrities. He is also known for portraying LGBTQ+ characters in films like “Die Beautiful” and his upcoming movie “The Panti Sisters.”

He has a 10-year-old daughter, Keira Claire, whom he said lives in Baguio City with her mom, as per an interview in “Tonight with Boy Abunda” aired yesterday, Aug. 27. He gets to spend time with her when she is on vacation or when she and her mom visit Manila.

When asked about what his daughter is like, he said, “Napaka-arte rin! Gusto rin mag-artista( She is so dramatic too! She wants to be an actress)!”

He added, “She’s very smart. Walang tanong-tanong, alam niya na ‘yon, gets na niya (No questions, she knows it, she gets it).”

He also lets his daughter play around with his makeup and heels, andl she brings a fabulous look to school too. He recalled that he did her makeup for “Linggo ng Wika”: “Naka-false eyelashes pa, mahahaba (She wore long false eyelashes)!”

“She gets it,” he said, apparently referring to his expression of femininity.

When Abunda asked about his response during a press conference last week where he said he was a “lady,” Ballesteros said he did not care for gender labels.