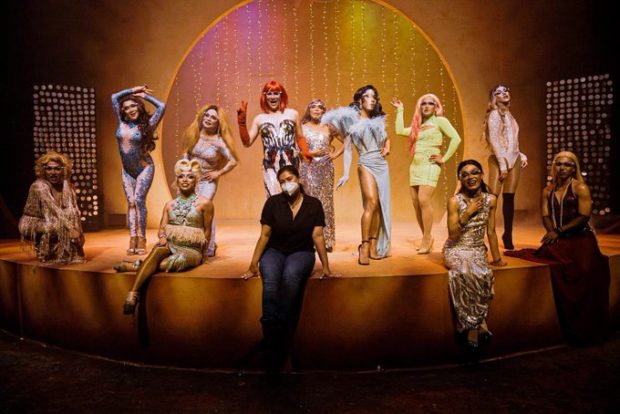 Angel Locsin (center) with some of the drag queens for the online benefit concert “Kinang”. Image: Facebook/Angel Locsin

The program live-streamed the entire event, titled “Kinang”, on its Facebook page on the same day. The concert featured performances from local drag queens of the LGBTQIA+ community in colorful costumes.

Following the virtual event, Negi announced that the effort was able to collect P100,000. Among the donors were TV hosts Boy Abunda and Vice Ganda.

Locsin later took to Twitter to thank those who watched the concert and donated to the cause.

Those interested in donating to the effort may deposit to ABS-CBN Lingkod Kapamilya Foundation Inc.’s BDO savings account 005630050932 (Mother Ignacia branch). Donations will be accepted until Friday, Aug. 7 at 12 noon. NVG