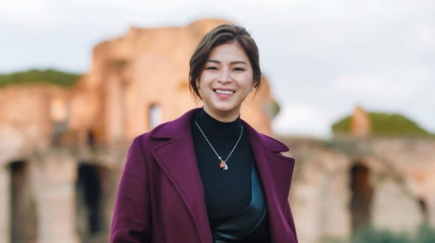 Angel Locsin clarified that she does not plan on pursuing a career as an elected official.

The actress and philanthropist aired her thoughts on the subject of entering politics, during her live video call with Richard Gutierrez. Regal Entertainment live-streamed their chat on Facebook last Friday, May 1, as part of a fundraiser for COVID-19 relief efforts.

Posted by Regal Entertainment Inc. on Friday, May 1, 2020

The two actors, who starred in the 2006 romantic drama “I Will Always Love You”, spoke about the big events in their lives such as Gutierrez’s wedding and Locsin’s engagement. As they later talked about their present lives amid the health crisis, one fan told Locsin that there were speculations stating she was going to be a public servant.

Upon hearing this, Locsin explained that she and her fellow actors are already public servants.

(We do all of this, not just for ourselves. [As actors,] we want to offer entertainment to people.)

However, speaking about a political career, Locsin reiterated her lack of interest: “Hindi talaga. Sobrang hindi. Wala sa utak ko ‘yun.” (No, really. Super no. It is not in my mind.)

Gutierrez then chimed in, expressing that his former co-star is a “true leader” and a “good example” who has inspired many. Despite Gutierrez’s remarks, Locsin stressed that she considers herself as a “good follower” instead.

Locsin has been included in Forbes Asia’s annual “Heroes of Philanthropy” roster last December. The said list recognized 30 individuals across the Asia-Pacific region for their altruism.

Meanwhile, the Department of Health thanked the actress-philanthropist for her relief efforts to help frontliners who are treating COVID-19 patients.

Locsin has provided isolation and sanitation tents to 135 hospitals in the country amid the ongoing pandemic. She and her team purchased the tents using the money — which amounted to over P11.3 million — they collected from their fundraising campaign called #UniTENTweStandPH.

The actress ended the initiative on April 24, about a month after launching it on March 25. Her fiancé Neil Arce and close friend and fellow actress Dimples Romana were part of the team behind Locsin’s effort. Other celebrities such as Solenn Heussaff and Nico Bolzico, Anne Curtis and Erwann Heussaff, and Regine Velasquez and Ogie Alcasid, were among the many who extended help through the initiative. JB