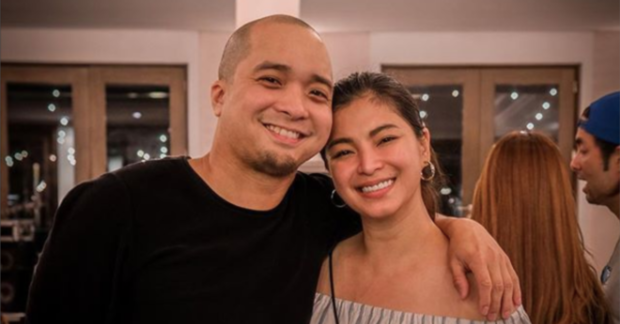 Angel Locsin’s fiancé Neil Arce slammed a basher who said that the actress’ recent relief efforts amid the COVID-19 crisis are all for publicity.

Arce uploaded a screenshot of the person’s (name withheld) post on Facebook last Friday, March 27, along with his response to it.

Someone Sent me this post today. First of all my fiancé is Not trying to impress anyone So it doesnt really matter to US…

“Frankly speaking I am NOT impressed with actress [Angel Locsin] if she is helping, she is earning an overpriced rate of P500,000 per taping day, that is an injustice to the more hardworking Filipinos working very hard but not paid properly,” the basher said in the post. “Her help is a pure publicity and self-promotion (sic).”

The basher said s/he would rather praise the underpaid “lowly hardworking frontliners” instead of actors that are “self-centered.”

“The problem with idiot Filipinos is that they easily praise and worship those boastful stars, I can feel that [Angel Locsin] is NOT genuine, I am not dumb, I am a sociologist, I know her sincerity is fake!” the basher further accused.

The post was later sent by a friend to Arce, who did not take the man’s claims lightly and quickly defended Locsin from them.

“First of all my fiancé is [not] trying to impress anyone [so] it [doesn’t] really matter to US if you were [not] impressed,” Arce said.

However, he agreed with the supposed sociologist’s sentiments on praising frontliners, adding that he and Locsin extend their help to make the workers’ lives easier.

Addressing the man’s remark on Locsin’s supposed talent fee, Arce said, “Stating [that] she makes that much money per taping a day is far from reality and is fallacious.”

“I honestly believe that God made her successful because God knows she [will] use it to [help] those who are [in need],” he added.

Arce then slammed the basher’s comment on calling actors “self-centered” and Filipinos “idiots,” stressing that the sentiments are not needed during a crisis. Arce also pointed out that the man was a professor and thus expressed his worry over the basher possibly teaching students to “look at everything negatively.”

Locsin, known for her philanthropic work, has set up tents in different hospitals to serve as sleeping quarters for health workers braving the ongoing pandemic. She has also launched a crowdfunding campaign with the help of Dimples Romana to raise money for more tents. As of this writing, the initiative has collected over P3.6 million. JB