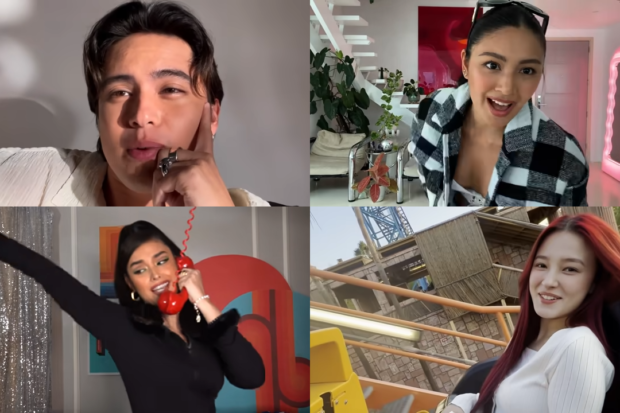 James Reid has joined forces with a star-studded group of fellow artists including Nadine Lustre, Liza Soberano and Momoland’s Nancy for the music video of his song “Hello 2.0.”

The music video for the actor-singer’s collaborative track with GOT7’s Jay B and Taiwanese-American rapper ØZI was released on the YouTube channel of Reid’s label Careless Music yesterday, March 17.

It features Reid singing and dancing to “Hello 2.0” as other celebrities join him, albeit remotely, by lip-synching the lyrics to the song.

Lustre can be seen singing along with her pet dog, Soberano dances around while holding a telephone, and Nancy is shown riding a roller coaster while lip-synching.

“In this collaboration, James honors Asian talent through a track that touches on the importance of saying ‘Hello’ as a reminder that our bonds are what make living in these unprecedented times worthwhile,” Careless Music stated.

“Hello 2.0” was released last week, March 11, under Reid’s Los Angeles-based label Transparent Arts. It is a remix of his previously released track “Hello” from last year, which now features Korean lyrics and rap verses by Jay B and ØZI, respectively.

Reid announced his collaboration with Jay B and ØZI last month, through a teaser video showing himself with them.

This came after Reid flew to Los Angeles for recording sessions and a visit to his family. The actor appeared to be enjoying his time in the city as he gave a glimpse of his recent activities after about a month of staying there.  /ra