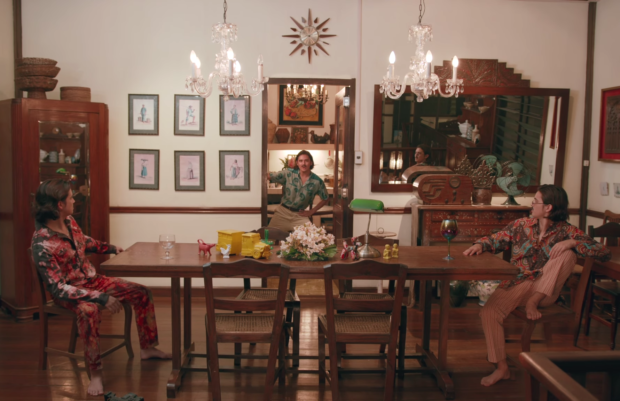 James Reid has treated fans to a new retro-style music video for his song “Hello,” where he met alternate versions of himself while in quarantine.

The video shows the actor-singer sporting a mustache as he goes about his morning routine. As the day went on, Reid started bumping into versions of himself at home with different fashion styles and personalities, like snobbish, goofy and relaxed.

“Having spent a lot of my time by myself during the quarantine, I’ve learned to dive into the depths of personal introspection,” the actor said through record label Careless Music’s YouTube channel last Saturday, Aug. 14.

“It’s truly beautiful knowing and experiencing true growth — a growth that’s only birthed within,” he added.

The “Hello” music video was directed and choreographed by dancer Gab Valenciano, who expressed how proud he is of his “bro” Reid through an Instagram post, also last Saturday.

“Honored to have created this with you. Thank you for trusting me enough to show the world this side of you,” Valenciano said while showing behind-the-scenes photos from the music video shoot.

“Hello,” the single, was released last June under Reid’s label Careless Music, which he co-owns with his former “Pinoy Big Brother” housemate Bret Jackson. The music video has earned more than 100,000 views as of this writing, and it took the top spot in Twitter’s trending list shortly after it was released. JB