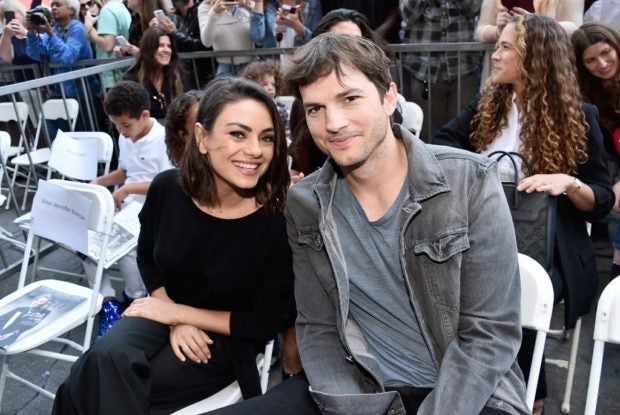 Mila Kunis and Ashton Kutcher at the Zoe Saldana Walk of Fame Star Ceremony on May 3, 2018, in Hollywood, California (Image: Getty Images/Alberto E. Rodriguez via AFP)

Mila Kunis and Ashton Kutcher have surpassed their $30-million (about P1.57 billion) goal for their fundraiser to help refugees amid the Russian invasion of Ukraine.

The celebrity couple announced that they had exceeded their target for the fundraiser by addressing fans in a video on Kutcher’s Instagram page today, March 18.

“We are overwhelmed with gratitude for your support. [Two] weeks ago we asked you to join us and more than 65,000 of you stepped up and donated what you could. Now, with your help we have reached our $30 million goal,” the actor stated.

Kunis and Kutcher acknowledged that funds alone are “far from a solution for the problem,” but hoped that the effort would help Ukrainian refugees have a “softer landing” amid the conflict in their country.

While they have reached their goal, Kutcher explained that he and Kunis will continue to raise money and work so that donations can reach those who are affected.

“Our work is not done. We will do everything we can to ensure that the outpouring of love that came as a part of this campaign finds maximum impact with those in need,” he said.

Kutcher then vowed that they will treat each donation “as if it were being donated from our pocket, with respect and honor for the work that went into earning it, the intent of love through which it was given and the desire for it so be maximized for positive outcomes for others.”

For her part, Kunis urged the public to continue sending help to similar causes, and thanked everyone who supported their fundraiser.

“Please don’t stop donating whether to us or other unbelievable foundations out there. This is just a beginning to a very, very, very long journey,” she told fans.

Celebrities who have also shown their support for refugees in Ukraine include Dolly Parton, Gigi Hadid, Sean Penn and Javier Bardem. Blake Lively and Ryan Reynolds, meanwhile, called for donations to refugees and pledged to double the amount raised by up to $1 million (around P52 million).  /ra