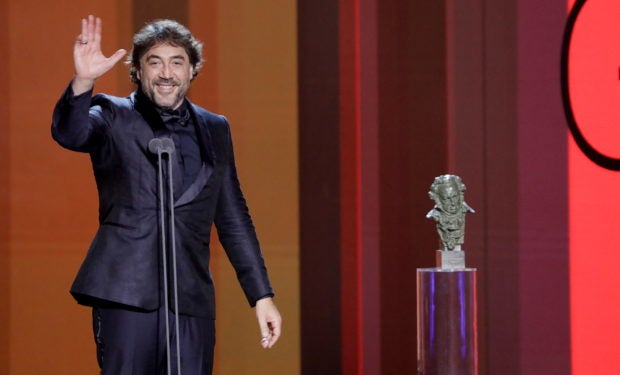 MADRID — Oscar-winning Spanish actor Javier Bardem, nominated for another Academy Award this year, joined a protest outside the Russian embassy in Madrid on Thursday to support the Ukrainian people and denounce Moscow’s invasion of its neighbor.

“I am here to demonstrate my condemnation of the Russian Federation’s warlike actions against Ukraine,” he told Reuters at the protest where about a hundred people, many bearing Ukraine’s blue and yellow flag, had gathered.

Wearing a black mask and black hoodie, the 52-year-old chatted with other protesters and said he feared the invasion would trigger a huge refugee crisis.

Russian forces invaded Ukraine by land, sea and air in the early hours of Thursday in the biggest attack by one state against another in Europe since World War II.

“It is an invasion… It violates Ukraine’s fundamental right to territorial sovereignty, international law, and many other things,” said Bardem, who won the best supporting actor Oscar in 2008 and is in the running for best actor award this year for the film “Being the Ricardos.”

Nearby, young protesters waving Ukrainian and European Union flags held up a banner that read “Europe, protect the future of your children — Stop Putin!” in English and Spanish.

Similar rallies occurred on Thursday in other European countries, including Spain’s neighbor Portugal, home to a large Ukrainian community. JB