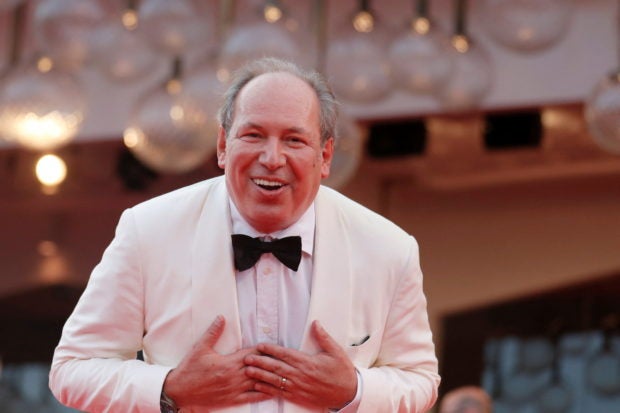 LOS ANGELES — Composer Hans Zimmer is no stranger to the Oscars. He’s been nominated for an Academy Award 11 times and won once, for “The Lion King” in 1994.

But the Hollywood veteran says his nomination for scoring “Dune,” a mammoth adaption of Frank Herbert’s 1965 science fiction novel, feels different after director Denis Villeneuve was snubbed in the best director category.

“I feel heartbroken for my friend,” Zimmer told Reuters in an interview.

“But I can with clear conscience and with great honesty say… that I am nominated because of his work and because of the work of everybody around me and so if any one of us win anything, it is all in his name, it is all for him.”

For the German composer, “Dune” was always going to be a dream project. He had been a fan of Herbert’s intergalactic tale of politics, religion and giant sandworms since his teenage years, like Villeneuve.

“It was only when Denis very quietly said to me one day, have I ever heard of a book called ‘Dune’ that I sort of went into this teenage enthusiasm like a puppy dog chasing his own tail… It was a large chunk of my teenage years,” Zimmer said.

To produce an otherworldly sound for the score, Zimmer created acoustics on a synthesizer and then asked a metal sculptor to recreate these using different shapes and metals.

“Dune” has been re-released in cinemas and IMAX since Feb. 11. It will return to HBO Max on March 10. JB

Read Next
Javier Bardem joins protest against Russian invasion of Ukraine
EDITORS' PICK
High inflation: Your P1 is now worth only 87 centavos
UK’s Boris Johnson will resign, BBC reports
High-risk pregnancy: Reducing your risk is in your hands
Geek out at TOYCON 2022 powered by Smart Signature
House energy committee chair Arroyo bats for cheap electricity
Unemployment rate up to 6% in May
MOST READ
Suspect in grisly killing of missing woman in Bulacan arrested
Kim Atienza’s daughter flaunts bikini body in response to critics of her ‘revealing photos’
Japanese artist who created ‘Yu-Gi-Oh!’ found dead in the sea
UK PM quits as Conservative leader
Don't miss out on the latest news and information.