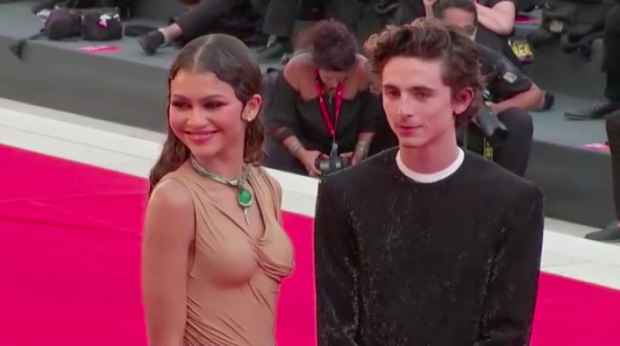 LOS ANGELES — The much-anticipated movie remake of science-fiction epic “Dune” won praise from critics on Friday for its stunning visual spectacle, though some of the initial reviews said that only the most hard-core fans would enjoy the storytelling.

“Dune” debuted at the Venice Film Festival on Friday and will hit theaters and the HBO Max streaming service on Oct. 22. The movie is adapted from Frank Herbert’s 1965 novel about an intergalactic battle to control a precious resource.

The book was made into a heavily panned 1984 film directed by David Lynch. Fans hoped that the new movie from Denis Villeneuve would capture more of the spirit of Herbert’s work.

Starring Timothee Chalamet and Zendaya, the film “earns five stars for world-building and about two-and-a-half for storytelling,” said Variety film critic Owen Gleiberman. “It’s not just that the story loses its pulse. It loses any sense that we’re emotionally invested in it.”

Eighty-five percent of 27 reviews collected on the Rotten Tomatoes website were labeled positive as of Friday afternoon.

Some predicted that the movie would compete for Oscars in cinematography and other technical categories.

Robbie Collin of The Daily Telegraph called it “science-fiction at its most majestic, unsettling and enveloping” and Xan Brooks of The Guardian lauded the film as “blockbuster cinema at its dizzying, dazzling best.”

Entertainment Weekly‘s Leah Greenblatt awarded the movie a “B” grade.

“If you’re already knee-deep in Herbert mythology, you’ll thrill to every whispered word; if you come in not knowing the difference between a Holtzman shield and a hole in the floor, it’s a longer walk,” Greenblatt said.

David Rooney of The Hollywood Reporter also said the “arcane” details might delight “Herbert geeks, but will have most everyone else zoning out.”

“It doesn’t quash the frequent claim that the book is unfilmable,” he added. “At least not in part one of what is being billed as a two-part saga.” JB