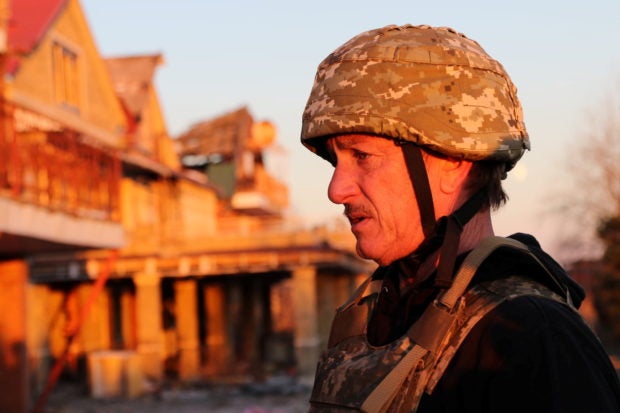 Hollywood actor and director Sean Penn is in Ukraine filming a documentary about Russia’s invasion, Kyiv and Hollywood publication Variety have said.

Pictures released by Ukraine’s presidential press service on Thursday showed the Oscar winner attending a media briefing at the presidential office in Kyiv as Russian military invaded the country.

“The director specially came to Kyiv to record all the events that are currently happening in Ukraine and to tell the world the truth about Russia’s invasion of our country,” the presidential office said in a translated statement on its Facebook page.

“Sean Penn is among those who support Ukraine in Ukraine today. Our country is grateful to him for such a show of courage and honesty.”

It said Penn, who has become a high profile campaigner on humanitarian and political issues, had spoken to Ukrainian political and military figures as well as journalists.

Penn previously traveled to Ukraine in November, meeting the military in preparation for the documentary, the statement added.

“Sean Penn demonstrates the courage that many others, especially Western politicians lack,” it said. “The more such people, true friends of Ukraine, who support the fight for freedom, the sooner it will be possible to stop the massive attack on Russia.”

Representatives for Penn did not immediately respond for a request for comment. GSG/JB