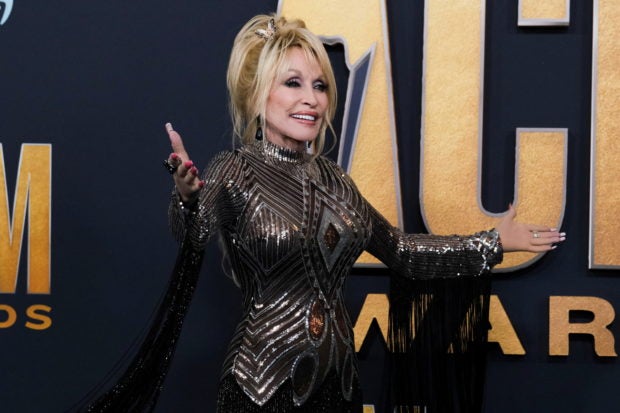 Singer Dolly Parton dedicated the Academy of Country Music Awards show to the people of Ukraine on Monday during a music-filled ceremony that saw Miranda Lambert crowned entertainer of the year.

Taking the stage in a mirrored jumpsuit, Parton made one of two tributes to Ukraine while opening the annual awards ceremony at Allegiant Stadium in Las Vegas. The show was live-streamed on Prime Video for the first time.

“I want us to send our love and hope to our brothers and sisters in Ukraine. Why don’t we just dedicate this entire show to them and pray for peace,” the 76-year-old country music matriarch said to loud applause.

Brad Tursi of Old Dominion thanked Parton for the dedication as the band accepted their award for group of the year, adding that it felt strange to be celebrating while “people are fighting for their lives.”

The invasion of Ukraine by Russia has caused 1.7 million people to flee and triggered fears of wider conflict in the West.

Miranda Lambert won the night’s top award, entertainer of the year, following a year in which she released hit album “The Marfa Tapes” with singer-songwriters Jon Randall and Jack Ingram to critical acclaim.

Lambert accepted her award via live-stream from London, where she is scheduled to perform this week.

Other big winners included Morgan Wallen for his best album, “Dangerous,” and Jason Aldean and Carrie Underwood for song of the year, “If I Didn’t Love You.”

Kelly Clarkson performed a stirring version of “I Will Always Love You” in tribute to Parton, who hosted the show alongside Jimmy Allen and Gabby Barrett. JB