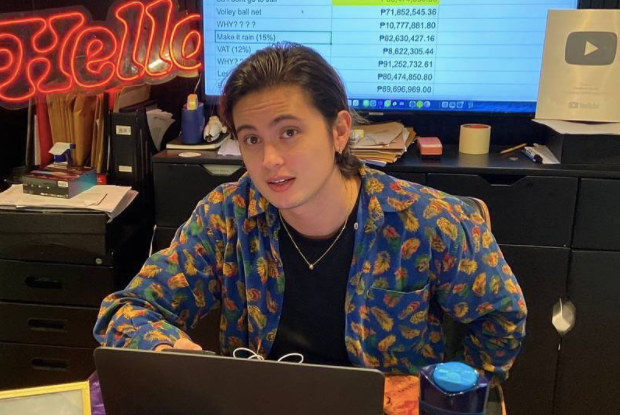 James Reid has safely landed in Los Angeles, California, and greeted fans who welcomed him upon his arrival in the city.

The actor was spotted by his fans walking out of the Los Angeles International Airport (LAX) with his luggage in tow, as seen on the Instagram account of fan group @jamesreidroyals yesterday, Feb. 17.

“We spy with our little eye, our precious bread at the LAX airport! Hello, welcome to L.A. James Reid!” it stated.

The fan group then showed a video of Reid greeting his fans, assuring them of his safe arrival in California.

“What’s up Reiders and Royals. I landed safely. I’m back here in L.A.,” he said.

Reid’s sister Chantal Calicdan revealed last Wednesday, Feb. 16, that the actor had left the Philippines while showing her goodbye hug with him, as well as Reid walking toward an airport entrance.

Meanwhile, Reid has been quiet on social media regarding his departure, only showing a “bon voyage” cake in a recent Instagram Story.

The actor is yet to make an official announcement on whether his trip to L.A. is related to a specific project. Meanwhile, fans said that he went to the city where his label Transparent Arts is based.

Reid has been focusing lately on his own record label Careless, where he works with his ex-girlfriend, actress Nadine Lustre. The two previously collaborated for Lustre’s visual album “Wildest Dreams,” which was released under Careless.  /ra