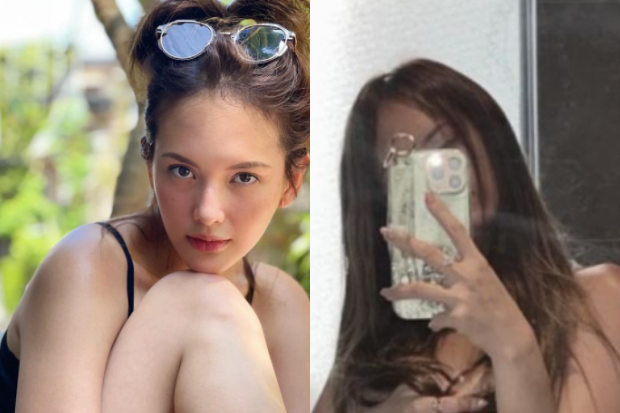 Ellen Adarna flaunted her fit figure in a topless photo as she showed off the progress of her fitness journey with a new diet.

The actress can be seen in front of a mirror with her right hand covering her breasts while she took a photo of herself, as seen on her Instagram page yesterday, March 17. According to Adarna, she has been on a meal-replacement diet for a few days now.

“[Fifth] day progress on [once] a day meal replacement diet. Kinareer ko na (I’ve given it a lot of effort) guys to balance out everything I ate when I was on vacation,” she said.

Adarna recently concluded her honeymoon with her husband, actor Derek Ramsay, in Africa. They were joined by the actress’ son Elias, whom she had with her ex-boyfriend, actor John Lloyd Cruz.

During their trip, the three went on a safari adventure where they got to see wild animals. The couple was supposed to have their honeymoon in January, but it was postponed due to a surge in COVID-19 cases at the time.

Adarna and Ramsay tied the knot in a dreamy wedding in Bataan in November last year. They then celebrated their first year of being together last month by going on a trip to Pangasinan with Elias and Ramsay’s son Austin.  /ra