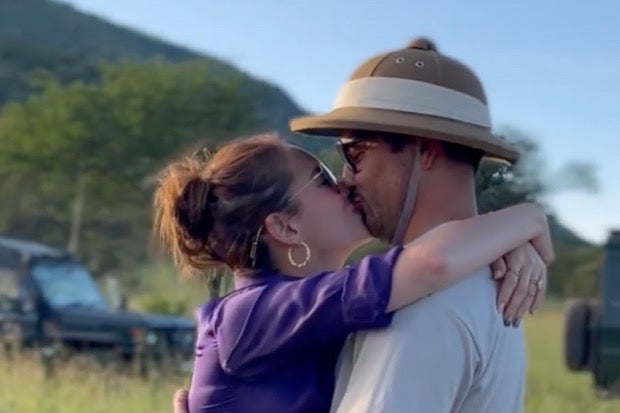 Ellen Adarna and Derek Ramsay have ended their honeymoon getaway after over a week into the wild of Africa.

Adarna talked about how she “survived” her honeymoon while showing herself and Ramsay kissing in an open, grassy field, as per her Instagram page yesterday, March 6.

“We almost missed our flight back home. But, survived this trip with lots of love, kisses, laughter, zero arguments and a [shit] load of insect bites,” she said.

Ramsay responded to Adarna’s post, saying “tried and tested,” which seemingly pertains to the bond they made throughout their trip.

The couple went to Africa with Elias, Adarna’s son with ex-boyfriend, actor John Lloyd Cruz. The three embarked on a safari adventure where they encountered wild animals roaming free. Their honeymoon was initially scheduled in January but was postponed due to a spike in COVID-19 cases at the time.

Adarna and Ramsay got married in November last year in Bataan. They also recently celebrated their first year of being together by going on a trip to Pangasinan with Elias and Austin, Ramsay’s son. JB