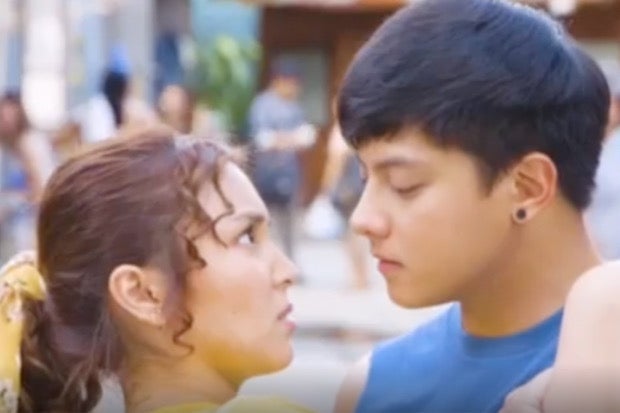 Kathryn Bernardo and Daniel Padilla’s comeback in “2 Good 2 Be True” will see them entangled in what could be a love-hate relationship, as their characters appear to first meet in time with a robbery.

The second teaser for the new romantic comedy series begins with Padilla being eyed by Bernardo as the suspect in a hotel robbery, as seen on ABS-CBN PR’s Instagram page yesterday, March 6.

As fate would seemingly have it, they encounter each other again, and with friction. Bernardo calls Padilla a thief but she can’t seem to prove her claim. However, hints are dropped that an attraction might brew between them with the way they look at each other, despite their clashes.

The series is directed by Mae Cruz-Alviar, who also worked with the couple in their films “Can’t Help Falling In Love” and “Crazy Beautiful You.” The premiere of the show is yet to be announced, as of writing. JB

Read Next
Gigi Hadid is donating fashion week earnings to war victims in Ukraine, Palestine
EDITORS' PICK
House energy committee chair Arroyo bats for cheap electricity
Karding damage to infrastructure at P23M
Bongbong Marcos says PH ‘open for business’ with new Clark Airport terminal
Individuals affected by ‘Karding’ now over 157,000
Reignite your passion with the vivo Y35
Newbie gamers are in for a treat with the power-packed feature of vivo Y16
MOST READ
Angelica Panganiban ‘duguan, sugatang mom’ one week into breastfeeding
LPA enters PAR, may develop into tropical depression
Badoy not with Office of the President, NTF-Elcac, under Marcos admin — solon
Charges readied vs gov’t guard with P290-M deposits
Don't miss out on the latest news and information.