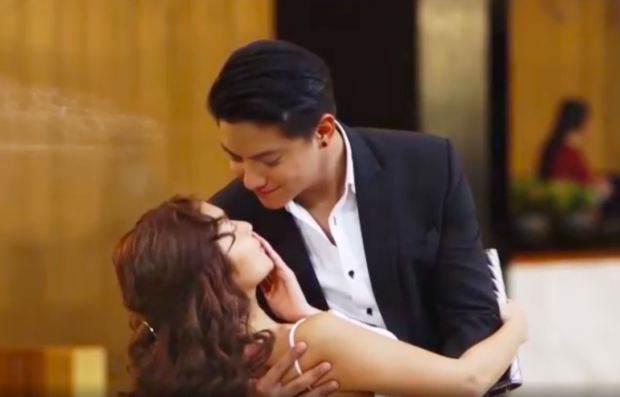 Kathryn Bernardo and Daniel Padilla are finally coming back to television after almost four years with the release of the teaser for their upcoming series “2 Good 2 Be True.”

The teaser shows the real-life couple glammed up when they meet at what appears to be a hotel lobby, as seen on ABS-CBN RGE Unit’s Instagram page yesterday, Dec. 19.

Bernardo can be seen gazing at Padilla when he passes by her but she unexpectedly sneezes. She stumbles before him and ends up in his arms as he caught her.

The pair can then be seen in a different setting with Padilla seemingly flirting with Bernardo and teasing her not to blame him if she falls in love with him.

“The country’s premier love team is back in a Mae Cruz-Alviar primetime teleserye! ‘2 Good 2 Be True,’ coming soon,” the network stated.

Bernardo and Padilla, known as the love team KathNiel, previously worked with Cruz-Alviar in the films “Can’t Help Falling In Love” and “Crazy Beautiful You.”

The couple’s most recent TV series was “La Luna Sangre,” which ran from June 2017 to March 2018. They also recently starred in the digital series “The House Arrest of Us” from October 2020 to January this year.

Bernardo and Padilla celebrated their love team’s 10th anniversary last September with the self-made documentary “KathNiel: Isang Dekada.” The documentary looks back at how the couple’s love story started and how they reached several milestones in their careers. JB