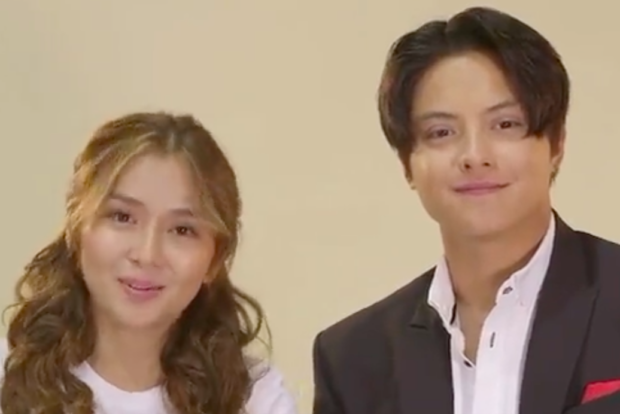 Kathryn Bernardo and Daniel Padilla are set to make their teleserye comeback in the romantic series “2G2BT” (2 Good 2 Be True).

The actors, known as the love team KathNiel, announced the new project through a teaser video on ABS-CBN’s Twitter page yesterday, Sept. 27.

The video showed the real-life couple in a photo shoot together. Bernardo donned a scrub suit while Padilla wore two outfits: a black hoodie and a suit.

KathNiel’s new TV series is one of their surprises to fans for the love team’s 10th anniversary this month.

(Kapamilyas, we are all here for each other so we came here to give this gift to you. As a thank you for our 10-year bond [as a fandom], we will be together in a TV series again. Watch out for “2 Good 2 Be True.”)

“2G2BT” will be directed by Mae Cruz-Alviar, who worked with the couple in the films “Can’t Help Falling In Love” and “Crazy Beautiful You,” as per an official release by ABS-CBN. It will be produced by the network’s RGE unit, which handled TV shows such as “Bagong Umaga,” “Ipaglaban Mo” and “Nang Ngumiti Ang Langit,” among others.

ABS-CBN is yet to announce a premiere date for “2G2BT.”

Bernardo and Padilla’s previous TV series was “La Luna Sangre,” which ran from June 2017 to March 2018. They also recently starred in the digital series “The House Arrest of Us” from October 2020 to January this year.

Aside from their TV comeback, Bernardo and Padilla also treated fans with the self-made documentary “KathNiel: Isang Dekada” to mark their love team’s 10th anniversary. The documentary looks back at the milestones in the couple’s careers and how their love story started. JB