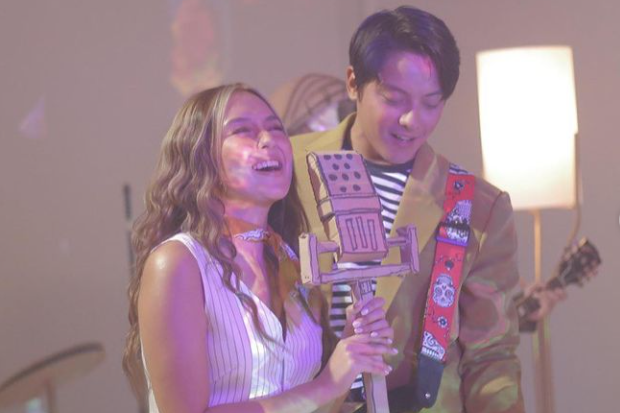 Kathryn Bernardo paid tribute to fans of KathNiel as she and her boyfriend, actor Daniel Padilla, celebrated the 10th anniversary of their love team.

Bernardo gave fans her own take on what defines the KathNiel fandom as she thanked them on her Instagram page yesterday, Sept. 4. She also showed a photo of herself and Padilla together at a beach.

According to the actress, KathNiel fans stand up for each other, protect each other and inspire one another to become better people. She also described them as the “best cheerleaders” who are “capable of giving so much love.”

“A fandom that has eventually turned into a family, a fandom that I’m proud to be part of,” she said. “Happy 10th anniversary to us, KathNiels! Maraming salamat sa inyong lahat (Thank you very much to all of you)!”

Actors Loisa Andalio, Joshua Garcia, Ruffa Gutierrez and Angel Locsin were among those who greeted the couple for hitting the milestone.

The couple first worked together in the 2011 youth-oriented series “Growing Up.” They then starred in the TV shows “Princess and I,” “Pangako Sa’Yo” and “La Luna Sangre.”

Bernardo and Padilla also made movies together such as “She’s Dating the Gangster,” “Barcelona: A Love Untold” and “The Hows of Us,” among others. JB