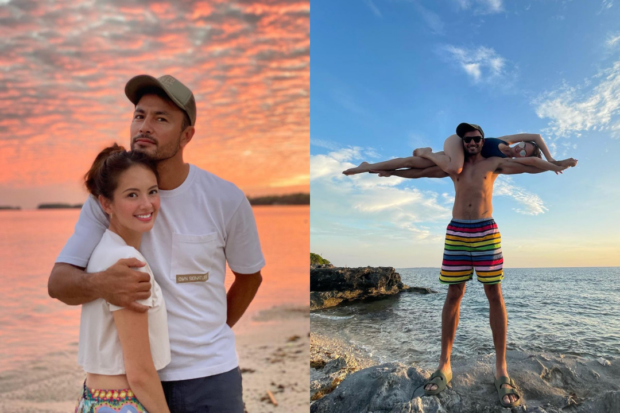 Ellen Adarna and Derek Ramsay enjoyed quality time with their loved ones at the beach as they celebrated their first year of being together.

The actress greeted Ramsay by calling him her “ex-boyfriend” and recalling how he married her “in a heartbeat,” as seen on her Instagram page today, Feb. 4. The couple spent their vacation at the Sirom Beach House in Pangasinan.

“Then (same day last year) and now. If you didn’t marry me in a heartbeat, today would be our [first] year anniversary together… but, gigil na gigil ka (you were so excited),” she told the actor. “Happy anniversary, ex-boyfriend. I love you.”

Meanwhile, the actor can be seen carrying and hugging Adarna as they lounged at the beach, shown also on Adarna’s Instagram page yesterday, Feb. 3.

For his part, Ramsay showed himself with Adarna as he greeted her on his Instagram page, also today.

“Happy first year my love as [your] boyfriend. Looking forward to our first year as your husband. I love you,” he said to her.

Adarna’s son Elias and Ramsay’s son Austin were with the couple during their beach vacation, based on Ramsay’s recent Instagram Stories. A video he showed today features himself talking to Adarna about their anniversaries and whether they should only celebrate their wedding anniversary in November.

“If you weren’t so atat (in a hurry) to marry me… The final is wedding anniversary but you didn’t give us a chance to celebrate one year as boyfriend [and] girlfriend,” Adarna told him while laughing.

“So we only have to do this once? That’s one less date to remember,” Ramsay quipped. 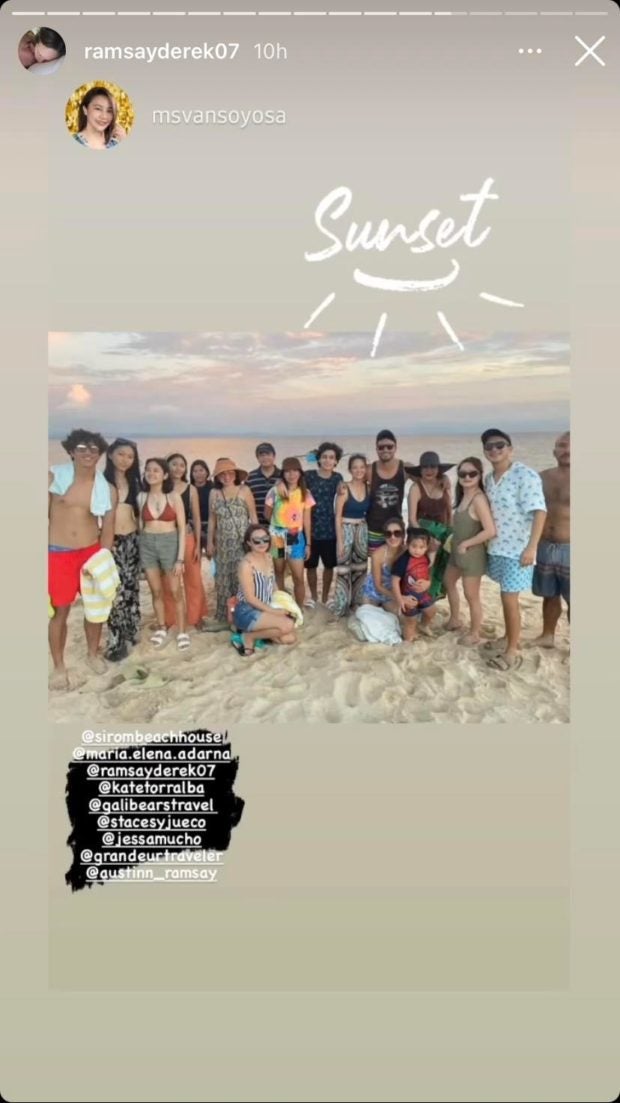 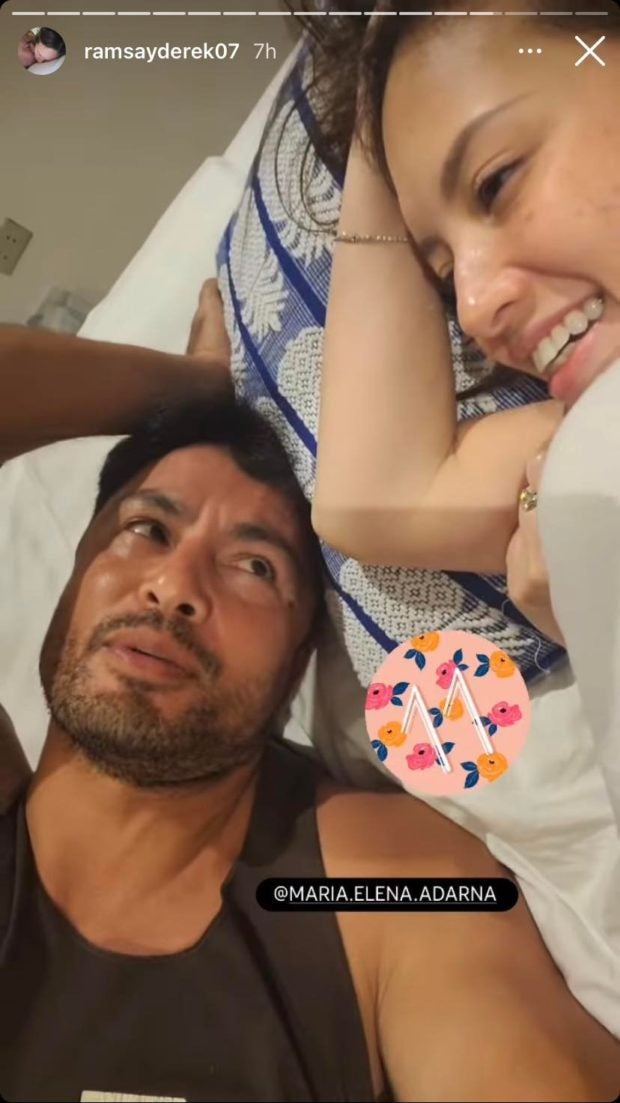 Adarna and Ramsay confirmed their relationship in February 2021 and got engaged a month later. The couple tied the knot in a dreamy wedding in Bataan on Nov. 11, 2021.  /ra