MANILA, Philippines — The Philippine National Police (PNP) said it is now in the process of preparing evidence for the possible filing of criminal charges against Kapamilya star Kit Thompson, who was arrested Friday for assaulting his girlfriend, actress Ana Jalandoni.

The arrest ensued after the victim whose name was withheld by the police, called up some friends to be rescued from the hands of “Keith,” apparently referring to Thompson. The couple were staying at a hotel in Tagaytay City.

According to a report from Tagaytay Police, it received a 911 emergency call that Jalandoni had called up some friends saying that she needed rescuing after being illegally detained by her boyfriend inside their rented hotel room. Thereafter, the victim was rushed to the hospital for medical treatment due to bruises she sustained allegedly from the hands of the actor.

The PNP said it will continue to “monitor the condition of the lady victim after the rescue operation.”

It is not immediately known if the actor is still in detention or if he had paid bail for his temporary liberty.

Based on the initial investigation, the police said Jalandoni claimed that she had a misunderstanding with Thompson, which led to physical violence. 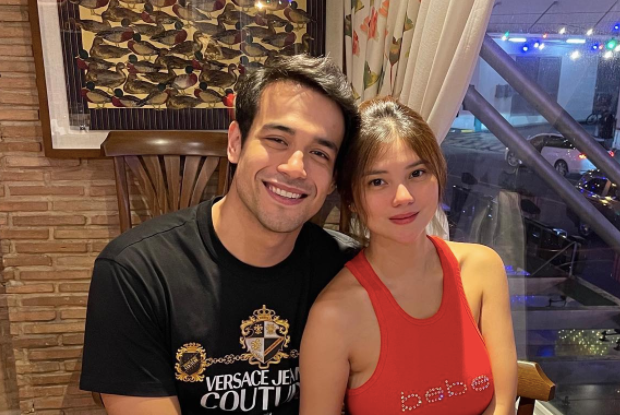 “Allegedly, the suspect assaulted and punched the victim on different parts of the body,” Tagaytay police said in a report.

If proven, the actor will be charged with violation of Republic Act 9262 or the Anti-Violence Against Women and Their Children law.

PNP, meanwhile, also condemned the incident, saying it will conduct a “full, fair, and transparent” investigation.

“As we celebrate Women’s Month, we couldn’t stress enough the inherent role of the PNP to protect the rights of every woman in society,” the PNP said in a statement.

INQUIRER.net has reached out to both Thompson and the actress victim, but they have yet to respond as of posting.