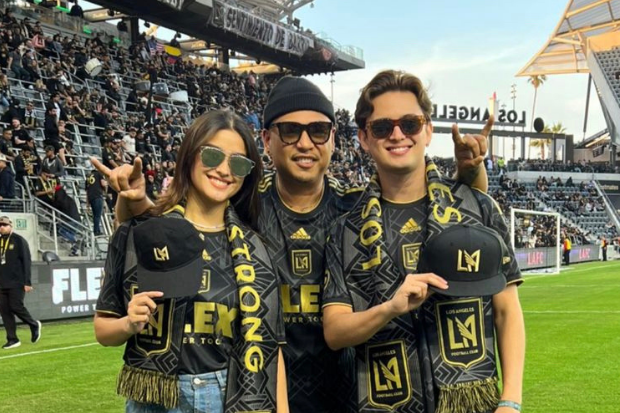 Are Liza Soberano and James Reid working on a new project together? Some of their fans think so as the two were spotted hanging out with friends in Los Angeles.

The actors bonded with music producer Chris “Flict” Aparri at a football game in Los Angeles, as seen in Soberano’s Instagram Stories yesterday, May 19.

Aparri also showed Soberano and Reid sitting with him at the said game, based on his Instagram Stories yesterday.

Soberano did not give further details about what she and Reid are doing together in Los Angeles, though they appeared to have been welcomed by other friends in the music industry. 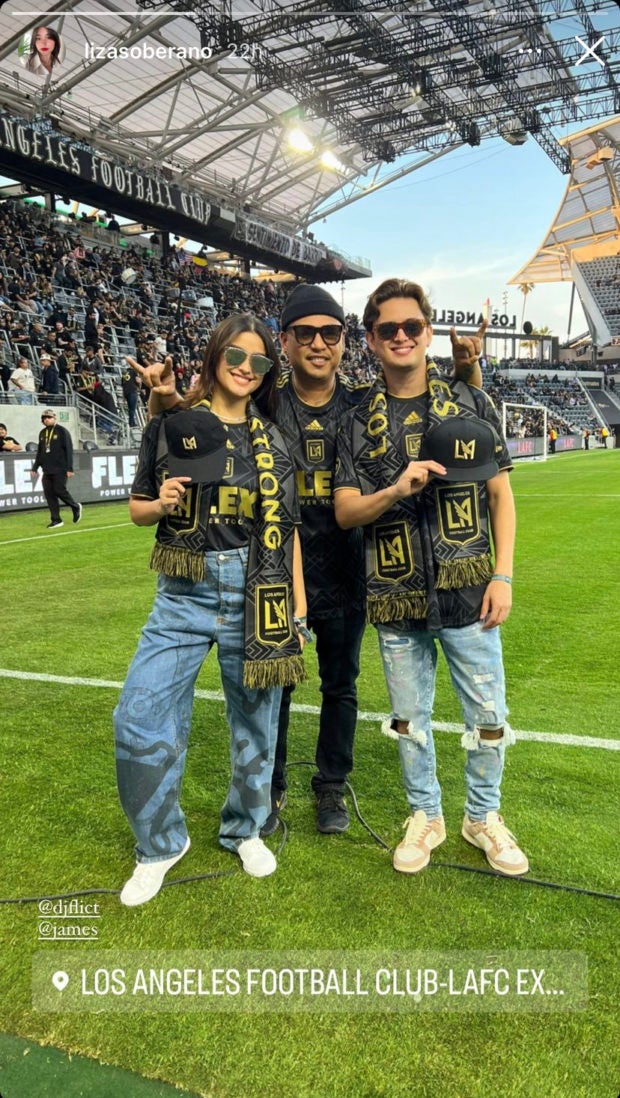 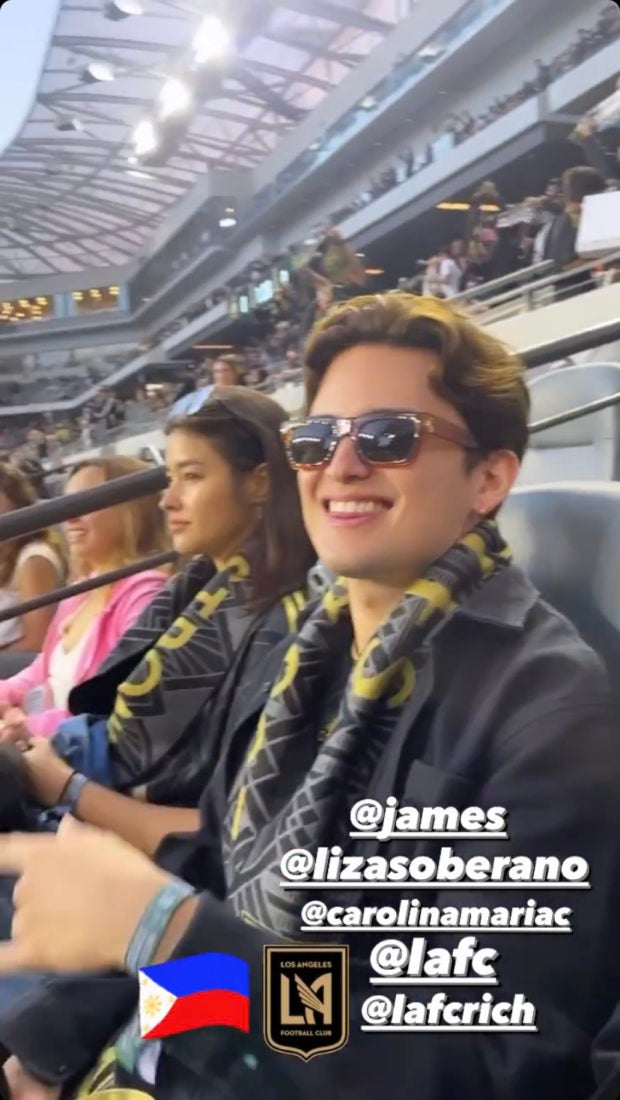 Marisa Pizarro, an executive of the music company Def Jam, greeted Reid and Soberano as she showed the two with other companions, via her Instagram Stories yesterday.

“Welcome back @james and @lizasoberano,” she told them.

Meanwhile, Reid and Soberano also bonded with a certain @ri_norton at what appears to be a store. 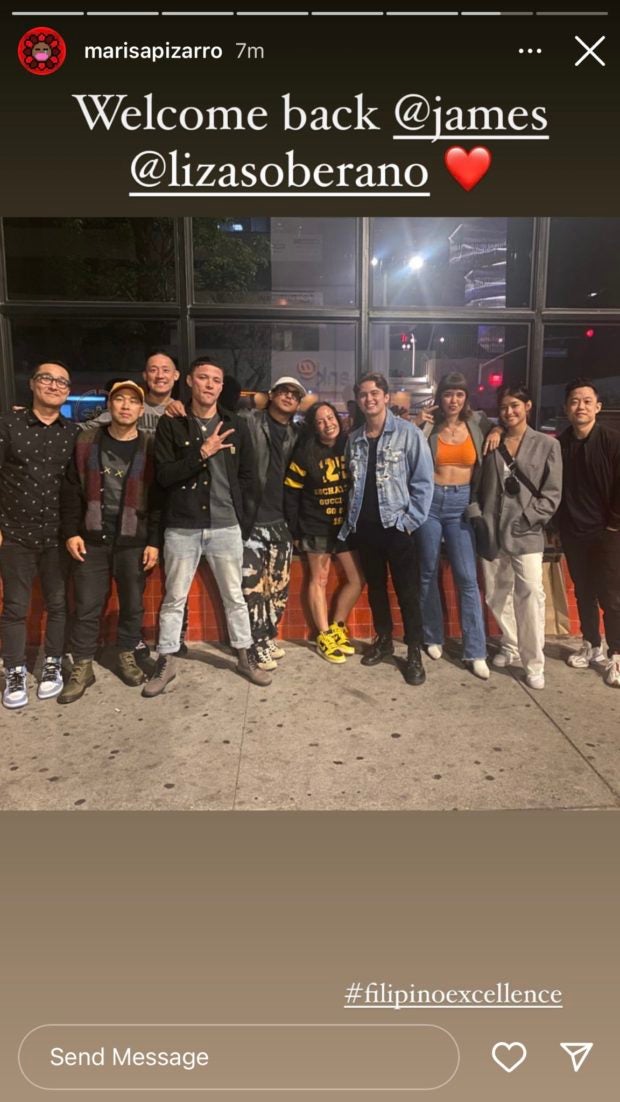 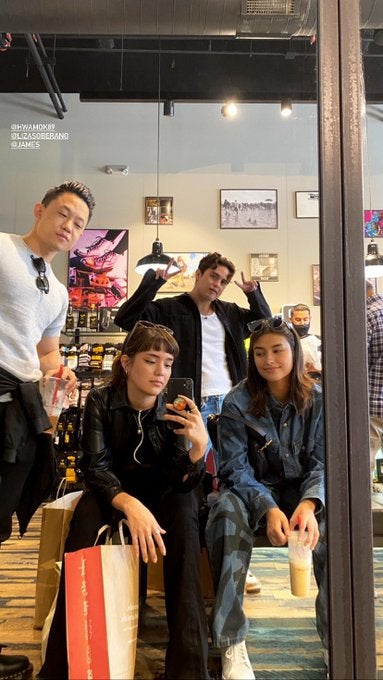 It remains unclear whether Soberano and Reid are preparing for any collaborative project, though some fans on Twitter have been sharing their thoughts about this possibility.

“My dream projects [with JaDine and LizQuen] was for Liza and James to play siblings and that photo of them makes it uncanny [laughing out loud], still very shocked no one has utilized this idea yet,” one @soberanoslustre said.

JaDine is Reid’s tandem with his former onscreen partner and ex-girlfriend, actress Nadine Lustre, while LizQuen is Soberano’s love team with her boyfriend, actor Enrique Gil.

regarding my last rts one of my dream projects w jdlq was for liza and james to play siblings and that photo of them makes it uncanny lol, still very shocked no one has utilized this idea yet

Another netizen, @Iingfan, stated that Soberano and Reid are “doing some [kind of] business project” together.

Liza and James doing some kinda business project, kathniel with Liza’s sister Apparnetly, nadine and liza also hanging out and having a podcast together…damn who would’ve thought

“Hello 2.0” is a remix of Reid’s previously released track “Hello” from last year. The remix has Korean lyrics sung by Jay B and rap verses by ØZI.  /ra