Ed Sheeran ‘over the moon’ at birth of second daughter 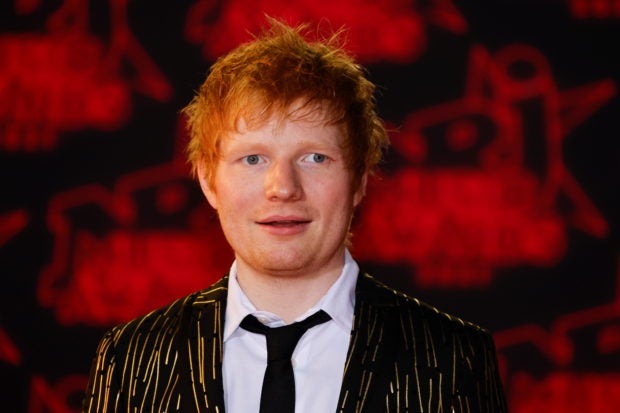 Ed Sheeran poses as he arrives to attend the NRJ Music Awards ceremony at the Festival Palace in Cannes, France, on Nov. 20, 2021. Image: Reuters/Eric Gaillard

British singer and songwriter Ed Sheeran and his wife, Cherry Seaborn, have welcomed the birth of their second daughter.

The award-winning singer posted a photo of a pair of tiny socks on Instagram on Thursday, May 19, and wrote: “Want to let you all know we’ve had another beautiful baby girl. We are both so in love with her, and over the moon to be a family of 4.”

Sheeran, known for his ginger hair and shy demeanor, married Seaborn in 2019, having known her since he was 11 years old.

The couple gave birth to their first daughter, Lyra Antarctica Seaborn Sheeran, in August 2020. She was welcomed by the musician in a similar Instagram post with a photo of tiny socks.

Sheeran, 31, is the most successful British artist of the past decade, spending a total of 79 weeks at the top of the charts with eight No. 1 singles, including the global smash “Shape of You,” and four studio albums.

He first entered the British charts in 2011 with debut single “The A Team.” His most recent success came at the Ivor Awards in London, where he won the category for most performed work with his hit song “Bad Habits.” DC

Pop music and the small matter of plagiarism