Seventeen ranks no. 7 on Billboard 200 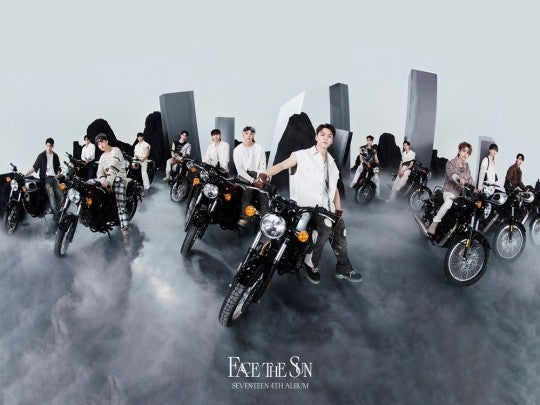 Seventeen hit the Billboard 200 at no. 7 with the group’s fourth full album, according to the publication on Sunday in the United States.

The LP “Face the Sun” marked the highest spot for the 13-member act whose EPs “Your Choice” and “Attacca” came in at no. 15 and no. 13, respectively, on the chart last year.

The band has been eyeing the no. 1 spot on the chart, admitting its ambition at a media conference to introduce the fourth LP last month.

The LP sold more than 2.06 million copies in the first week of sales, a record among albums released in Korea this year, and made Time’s list of “The Best K-pop Songs and Albums of 2022 So Far.”

It topped iTunes top albums chart in 22 regions and lead track “HOT” was no. 1 on its top songs chart in 26 regions. JB