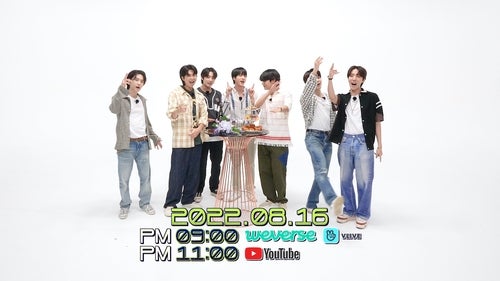 A teaser image for K-pop supergroup BTS’ own variety show titled “Run BTS,” set to reopen on Aug. 16 after a 10-month break. Image: Big Hit Music via The Korea Herald

K-pop boy group BTS has announced the return of its own variety show, titled “Run BTS,” after 10 months.

“‘Run BTS’ will finally make a return after a 10-month break,” the band said in a teaser video it shared on social media Monday. “Please look forward to the release, because the show would be more fun after being recharged.”

“Run BTS” is a South Korean web-based series starring the septet, which first began in August 2015 and has since released 156 episodes. The show announced a break after airing the last episode in October 2021.

Read Next
K Brosas sustains minor injuries from car accident in US
EDITORS' PICK
Individuals affected by ‘Karding’ now over 157,000
Newbie gamers are in for a treat with the power-packed feature of vivo Y16
House energy committee chair Arroyo bats for cheap electricity
Bongbong Marcos says PH ‘open for business’ with new Clark Airport terminal
Karding damage to infrastructure at P23M
Reignite your passion with the vivo Y35
MOST READ
LPA enters PAR, may develop into tropical depression
Angelica Panganiban ‘duguan, sugatang mom’ one week into breastfeeding
Soldiers are not errand boys, Tulfo tells defense officials
Charges readied vs gov’t guard with P290-M deposits
Don't miss out on the latest news and information.