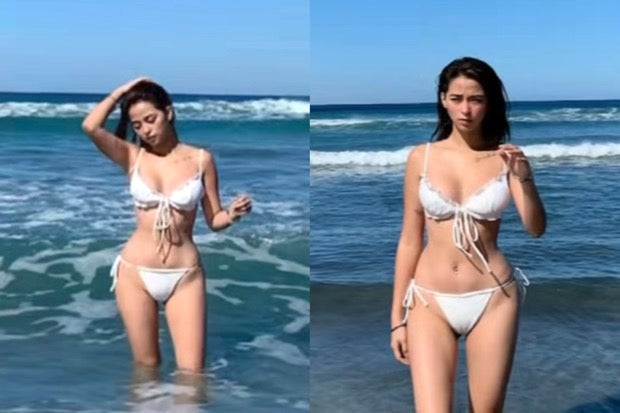 AJ Raval wowed fans as she showed off her curvy physique at the beach, days after she dismissed the rumors that she is expecting a child with fellow actor Aljur Abrenica.

The actress donned a white string bikini while soaking up the sun, as seen in a video on her Instagram page today, July 26.

Speculations that Raval is pregnant arose after an unnamed source apparently disclosed this to entertainment columnist Cristy Fermin. Fermin also stated that Raval’s supposed pregnancy is likely the reason why she had to exit a certain movie project.

Raval, who had already dismissed last month the pregnancy rumors hounding her, denied it again and explained that she tested positive for COVID-19, which is why she was not able to finish the said project.

Meanwhile, Raval and Abrenica have been romantically linked since last year, with the actress confirming last October that they were in the process of “getting to know each other.” While the two of them were spotted in several instances together, Raval and Abrenica are yet to reveal the real score on their relationship. JB