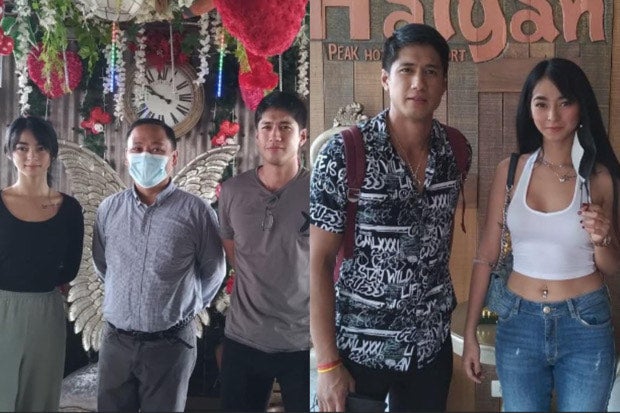 Aljur Abrenica and AJ Raval appear to have bonded for Valentine’s day as they were spotted together in a resort in Leyte.

The resort showed Abrenica and Raval standing next to each other while posing for a photo, as seen on its Facebook page today, Feb. 14.

“Cheers to Aljur Abrenica and [AJ] Raval! Thank you for the visit here [at] Haiyan Hotel and Resort,” the page stated.

The two were also met over breakfast by the resort’s chief executive officer, as shown by the resort in another post later.

This wouldn’t be the first time the two were spotted together in public. In October last year, they were also seen shopping and holding hands inside a mall.

Raval also went on a “social media detox” after the speculations broke, adding that she was going to step away from her online accounts until 2022. However, the actress returned earlier than expected as she flaunted her new hairstyle in November, also last year. JB