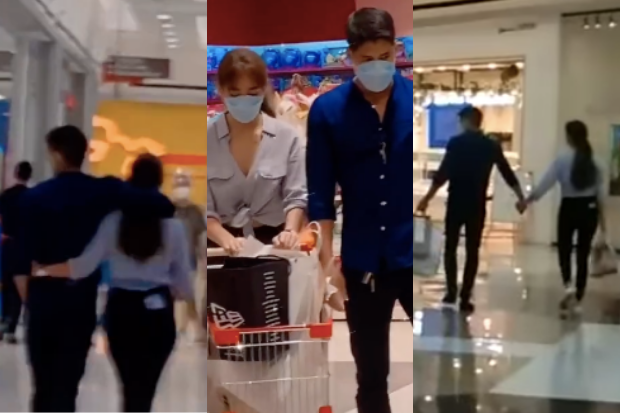 Aljur Abrenica and AJ Raval appear to be more comfortable around each other now as fans apparently spotted them shopping together and holding hands inside a mall.

Amid speculations from fans, photos and videos of a masked pair identified by netizens as Abrenica and Raval started circulating on social media yesterday, Oct. 6.

One TikTok user, @nicsss13, showed the two in what appears to be a toy store as Raval waved to a crowd at the mall. The two can also be seen walking with their arms around each other.

sm as a friend hahaha

Meanwhile, a photo from Twitter user @jaysonbet, showed the two holding hands while walking next to each other, also yesterday.

Abrenica’s estranged wife Kylie Padilla recently assured fans that she does not see any “issue” if the actor goes out with other people. According to the actress, she and Abrenica have agreed that they can date anyone.

Kylie’s father, Robin Padilla, confirmed the separation between his daughter and Abrenica last July. He also said the split was caused by a third party.