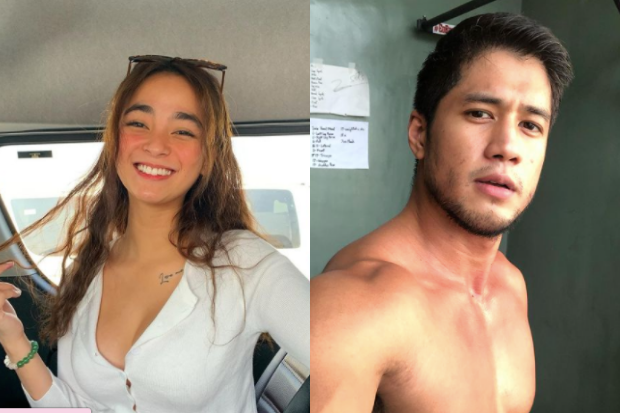 Actress-vlogger AJ Raval has admitted that she and her “Nerisa” co-star Aljur Abrenica is in the process of “getting to know each other,” amid speculations they are dating.

Raval spoke up about the real score between her and Abrenica in an exclusive interview with Jimpy Anarcon for PEP TV, as seen on YouTube yesterday, Oct. 5.

(I won’t be hypocritical about it. I won’t lie, I won’t deny it, because we would only look stupid if we denied it. It’s true that we have been talking to each other.)

Raval also confirmed that she was referring to Abrenica when she talked about a suitor in a vlog with Donnalyn Bartolome last month.

“We understand each other, we care for each other. Pero wala pa kami sa point na may relasyon kami. Parang we’re getting to know [each other],” she stressed.

(We’re not yet at that point where we’re in a relationship. It’s like we’re getting to know each other.)

Rumors romantically linking Abrenica and Raval circulated online after the vlogger responded to Facebook posts by internet personality Xian Gaza last week. Gaza had claimed a certain “AA” invited “Ms. Viva” over to his home for “Netflix & Chill,” adding that she was not the reason behind the split between “AA” and one “KP.”

While Gaza did not mention any names, fans speculated “AA” referred to Abrenica, “KP” stands for his estranged wife, Kylie Padilla, and “Ms. Viva” was Raval.

Kylie’s father, Robin Padilla, confirmed the separation between his daughter and Abrenica last July. He also said the split was caused by a third party.

Padilla recently told fans she did not see any issue if Abrenica decided to go out with other women. According to the actress, she and Abrenica have “mutually agreed” that they can date other people. Dana Cruz /ra

Read Next
LOOK: Nadine Samonte poses with PCOS, APAS meds in maternity shoot
EDITORS' PICK
Acer starts the year off strong with the Aspire Vero National Geographic Edition
Gear up and get ready to play with Yamaha Mio Gear
PH to import 60,000 tons of fish to cover shortage
Workers are exempted from ‘no vax, no ride’ policy – DOLE chief
Over 3 Million worth of prizes to be won at Smart Padala’s SENDali Manalo Promo!
#VotePH2022: COVID, power woes loom as poll concerns
MOST READ
1Sambayan names 7 aspirants in its 2022 Senate lineup
Cold-case investigation names surprise suspect in Anne Frank’s betrayal
Guevarra to Acosta: Obey rules on unvaccinated
Emma Stone calls Andrew Garfield a ‘jerk’ after he ‘lied’ about his ‘Spider-Man: No Way Home’ appearance
Don't miss out on the latest news and information.