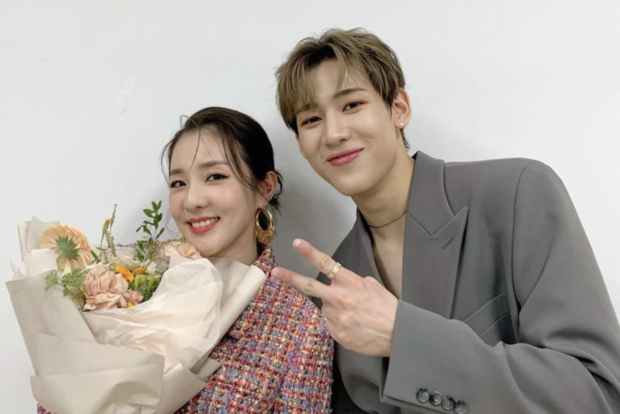 Sandara Park is one that fans can count on when it comes to promoting Filipino food as she urged her fellow K-pop artist BamBam of GOT7 to try tocilog during his stay in Cebu.

Thai rapper BamBam arrived in the Philippines for a fan event and a joint concert with Jackson Wang and boy band TREASURE. He then gave fans a glimpse of his dinner which included daing na bangus (milkfish), sisig and lechon, as seen on his Twitter page yesterday, July 25.

“Milkfish is the best,” he said.

This led Park to recommend that BamBam eat tocilog (alternate spelling: tosilog)—a meal made of tocino, fried rice and egg—for his breakfast the next day.

“Wow bangus! Try tocilog for your breakfast tomorrow,” she urged him.

BamBam appeared to have followed Park’s advice as he replied with a GIF of Snoop Dogg nodding with the text “Oh fo sho (Oh for sure)” bannered.

Park and BamBam are managed by the same record label ABYSS Company. Park joined the agency in September last year, while BamBam signed with the company a few months earlier, in March 2021.

Park first started her career under the South Korean agency YG Entertainment in 2004, the same year she joined ABS-CBN’s “Star Circle Quest.” She then debuted in K-pop with fellow 2NE1 members CL, Bom and Minzy back in 2009.

While she enjoys her career as an artist in Korea, Park has not forgotten about her Filipino roots. Back in April, she showed herself ordering food in Filipino when she encountered a Filipino server while in a Dubai restaurant.  /ra