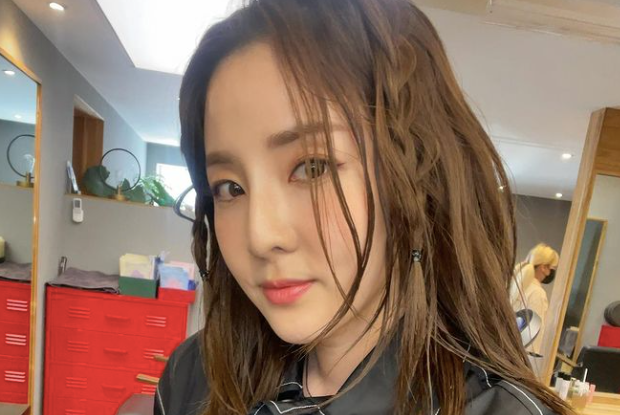 Sandara Park appears to still remember her Filipino roots as she showed herself ordering food from a restaurant in Dubai, speaking in Filipino.

The musician and former 2NE1 member can be seen browsing the menu inside the restaurant and presumably talking to a Filipino server during her stay in Dubai, as shown on her Instagram page last Wednesday, April 27.

“Isang shrimp and chicken siomai…and then ano pa ‘yung masarap na ibang [nasa] menu? ‘Yung mga chicken, beef.” she asked the waiter, who helped her look for other dishes she might like on the menu.

(One shrimp and chicken siomai… and then what else in your menu is good? [I want] those that are chicken and beef.)

Park admitted she forgot she was still in Dubai because of the “many” Filipinos around her, leading to her speaking Filipino “so naturally.”

“I’m in Dubai right now but since there are so many Pinoy here, I keep on speaking Tagalog so naturally. So comfortable,” she said. “Nago-order ako ng food in Tagalog and then I realized nasa Dubai pala ako, [ang] cute! Thank you sa [love] n’yo sa’kin.”

(I was ordering food in Tagalog and then I realized I was in Dubai, so cute! Thank you for your love for me.)

Park started her career with the South Korean agency YG Entertainment in 2004. This is the same year she joined the first season of ABS-CBN’s “Star Circle Quest.”

She then debuted her K-pop career in 2009 with fellow 2NE1 members CL, Bom and Minzy.

The group disbanded in 2016, though they recently reunited after more than six years at the Coachella Valley Music and Arts Festival in California.  /ra