WATCH: PSY returns with single ‘That That’ featuring BTS Suga 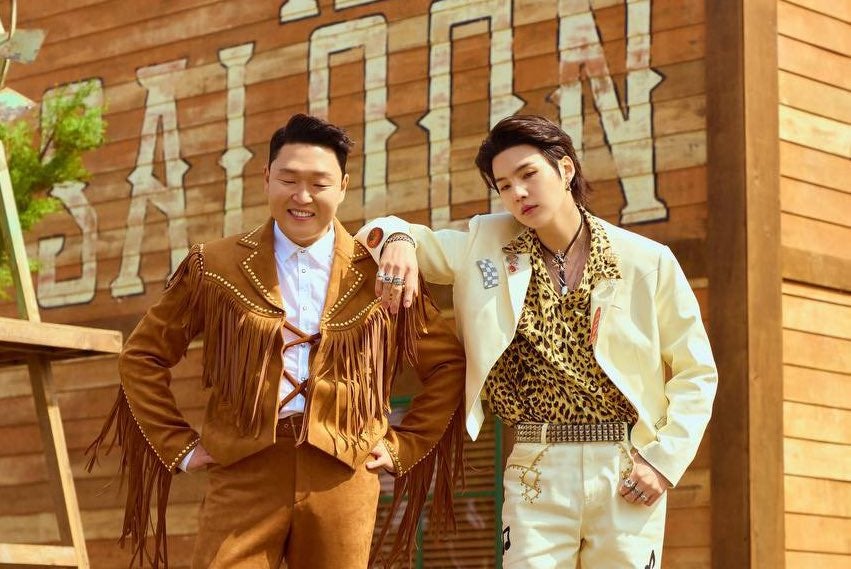 MANILA, Philippines — K-Pop superstar PSY, who is famous for his hit song “Gangnam Style,” is back in business. The singer released his ninth album called “PSY 9th” with the title track ‘That That’ which is produced and is featuring BTS member Min Yoongi, also known as Suga.

The song is the title track for PSY’s 9th full-length album and was produced by Suga. #ThatThatOutNow | @jbvdellera pic.twitter.com/yDsxFiM9TC

Fans, to say the least, were ecstatic when the Gangnam Style singer announced the collaboration as the two acts can be considered the trailblazers for K-Pop: past and present.

That That prod.&ft.
and Starring SUGA of BTS

In a video posted on PSY’s Twitter account titled “Best Friends, 16 years apart,” Suga said that he was quite nervous working with PSY, a senior in the industry. Later on, he revealed that, “It felt like working with a childhood friend,” which made the process more fun.

This is PSY’s first time releasing music after being inactive in the industry for five years. He left South Korean agency YG Entertainment and established his own company called “P Nation” which manages huge artists such as Hyuna, Jessi, and Crush, to name a few.

Watch the ‘That That’ music video here:

Cheers to PSY, the ‘Gentleman’