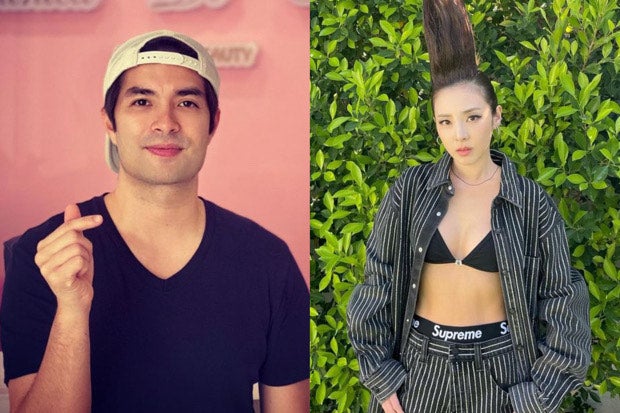 Joross Gamboa joked about Sandara Park being “down to earth” after she lost a shoe during 2NE1’s performance in the Coachella Valley Music and Arts Festival in California.

Gamboa showed the 2NE1 members on stage with a zoomed in photo of Park’s feet with one shoe missing, as seen on Gamboa’s Instagram Stories yesterday, April 17.

“Down to earth ka talaga [Sandara Park]. Nakatapak lagi sa lupa,” he said. (You really are down to earth, Sandara Park. Your feet are always on the ground.) 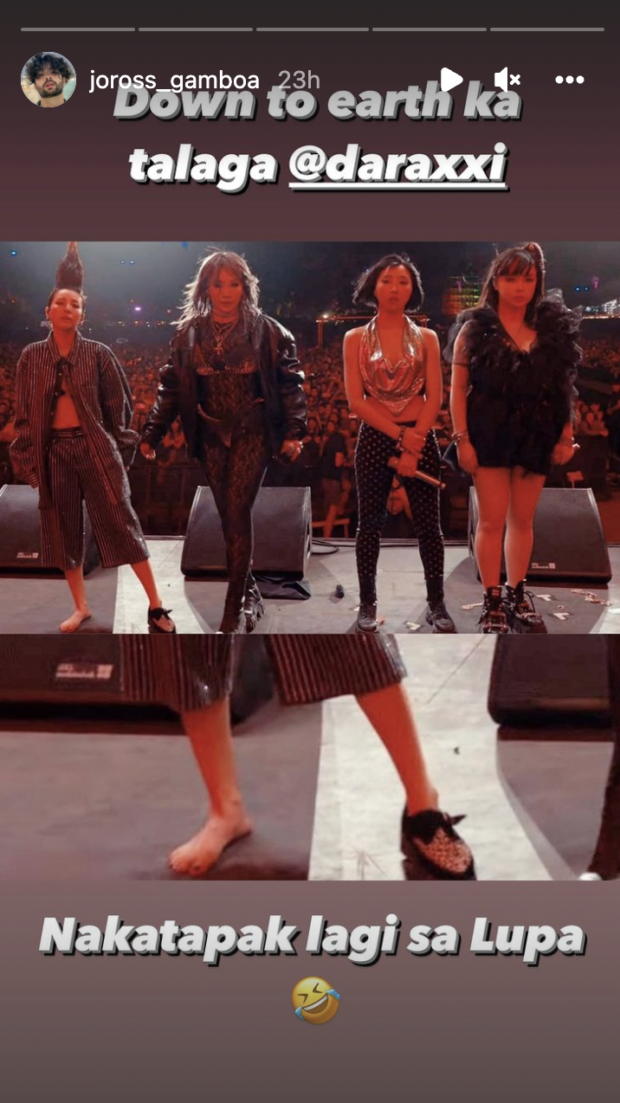 Gamboa also joked about Park being “Cinderella” on her post of a similar photo, as seen on her Instagram page, also yesterday.

Gamboa and Park have been friends since 2004 after they joined the reality talent show “Star Circle Quest.” They had a reunion in 2019 when Park celebrated her birthday in Manila. In the same year, Park also toured Gamboa and his family when they went to South Korea.

Meanwhile, Dara and other 2NE1 members’ reunion in Coachella marked their first live performance together after over six years. The group performed their 2011 hit song “I Am the Best.” JB