BTS to return with new summer anthem in June 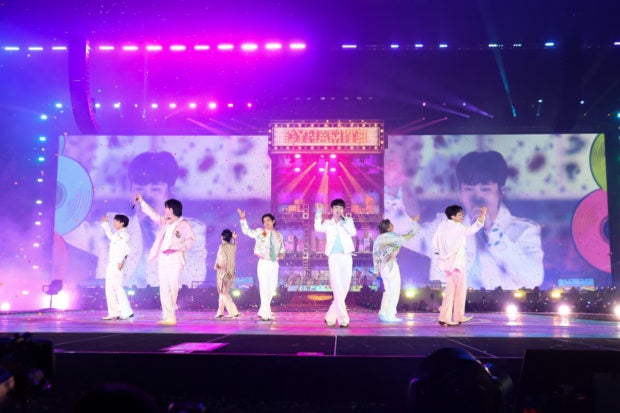 SEOUL — Amid rumors about BTS‘ imminent return with a new batch of songs, the band’s agency Big Hit Music said Sunday that the K-pop sensation is currently gearing for a comeback on June 10.

Although not much has been announced about the group’s return and the new song’s title, the company said it would provide more details on the new album at a later time.

“We look forward to your love and support for BTS’ new album,” the company added on the group’s online fan community platform Weverse.

The speculation was first sparked when the last scene of the seven-member act’s concert in Las Vegas became the talk of the town on social media. A date — 2022.06.12 — was written in white on a black background, which people assumed would be the group’s comeback date.

This marks the band’s return in nearly a year since the song “Permission to Dance” was released on July 9.

The Ed Sheeran-penned single bounded onto the Billboard Hot 100 songs chart at No. 1. It replaced the band’s previous hit “Butter” and reigned the summer music charts in and out of the country.

Meanwhile, the band has been crossing borders by resuming its offline concerts. It held its first in-person concert in two years last November in Los Angeles and greeted fans in Korea in March. Recently, the group flew over to Las Vegas to hold four live sessions at Allegiant Stadium.