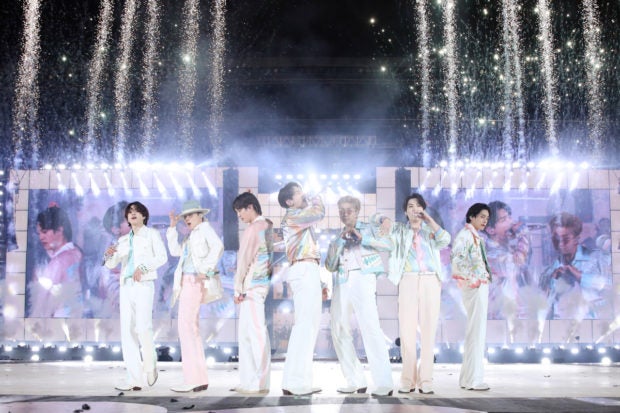 SEOUL — Saturday’s meeting between officials of the agency of boy band BTS, Hybe, and President-elect Yoon Suk-yeol’s transition committee went without discussing the K-pop sensation’s possible military service exemption, a high-ranking official said, while hinting it could be discussed in the new administration.

There was “no mention about the military service at all,” Ahn Cheol-soo, chief of Yoon’s presidential transition committee, told reporters after his visit to the Hybe headquarters late Saturday. “It is something that should be decided in the newly launched (Yoon) government, after discussion with the National Assembly,” Ahn said, leaving the door open for discussions in the future. 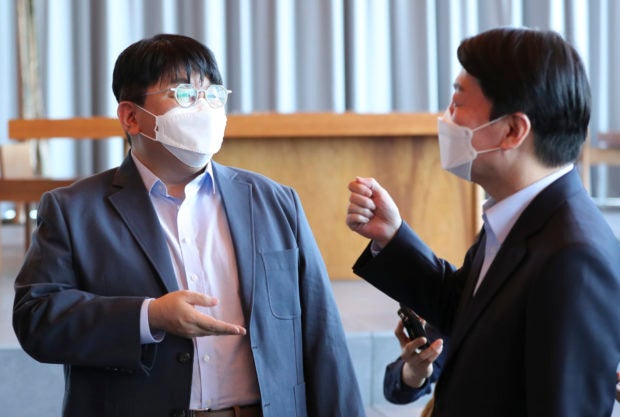 There was speculation that Saturday’s meeting could lead to the removal of the biggest hurdle for the group’s global career — mandatory military service. All able-bodied South Korean men are required to serve in the Armed Forces for a period of about two years. As recipients of the fifth-class Hwagwan Order of Cultural Merit, the seven members of the group can prolong enlistment until they are 30 years old.

This means Jin, the oldest member of the group, must enlist by December of this year.

There have been discussions that BTS, arguably the most accomplished Korean pop group in terms of global success, should be granted a waiver for promoting the country’s image on the international stage.

Conscription law in Korea grants such exemptions for Olympic medal-winning athletes and recipients of global awards in classical music and art, but there is no clause concerning pop musicians. More specifically, the clause would allow the said individuals to substitute their active duty service with activities in their respective fields; a soccer player must continue his soccer career during the two years and a violinist must continue to perform.

There have been complaints from K-pop fans that even the most accomplished stars cannot benefit from such a clause, unlike those in classical music. During Saturday’s meeting, Bang told Ahn that he feels that Korean society as a whole “can be a bit depreciative toward pop culture.”

There is currently a bill pending at the National Assembly that, if passed, would allow prominent pop stars to gain the advantage of such exemptions. The bill failed to pass the parliamentary national defense committee in November, with opponents saying passing the bill would spark controversy of being unfair to young men in other fields.

BTS’ fate on military duty may be decided this week

Should BTS get military exemption?