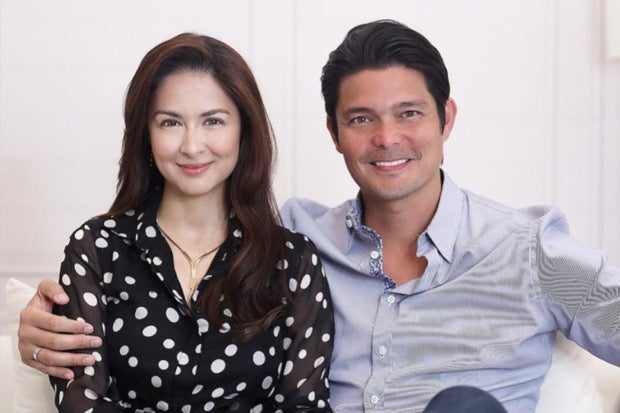 Marian Rivera looked back on how she and her husband, actor Dingdong Dantes, first met, saying that he was nearly her “hate person” back then.

Rivera recounted how she didn’t feel anything upon meeting Dantes in the audition of the GMA TV series “Marimar,” in an exclusive interview with celebrity hairstylist Celeste Tuviera, as seen on Tuviera’s YouTube channel yesterday, April 2. The actress even compared Dantes to a “goat” because of his facial hair.

(The two of us were just working. We did not have time for things like, “Oh he’s cute, oh she’s pretty.” There was no magic, no spark. There was really nothing.)

Rivera then admitted that she did not think that she would end up with him, describing him as someone she somehow “hated” at the time.

(I do not want to say that I hate him but he was close to my “hate person.” In Tagalog, I really did not expect that he would be my husband, to be honest. He was really not my type. He was not handsome to me.)

(But you know, I really did not like him then, there was no love at first sight or anything but the way I see him eventually turned 360 degrees. I eventually saw that he’s a good person.)

Rivera also talked about how Dantes courted her, as well as how she eventually fell for him through his sincere gestures.

Rivera and Dantes tied the knot in a “royal wedding” held at the Immaculate Conception Cathedral in Quezon City in 2014. They have two children, Zia and Sixto. JB