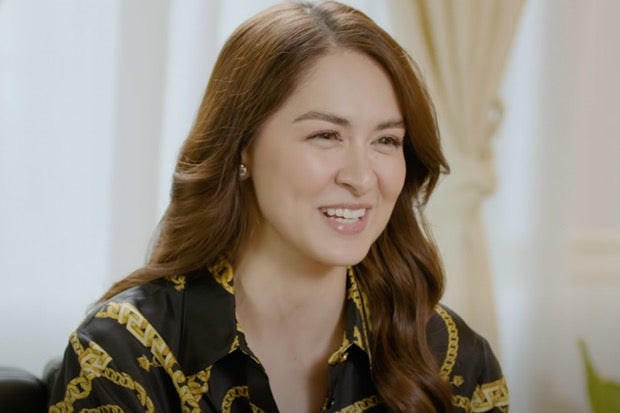 Marian Rivera disclosed how her hair got damaged after going through several treatments to achieve the hairstyle of Marimar, a character she portrayed in the TV series “Marimar” in 2007.

Rivera’s reminiscence came when she narrated how she and her friend, celebrity hairstylist Celeste Tuviera first met, as seen in a vlog on Tuviera’s YouTube channel yesterday, March 19. Rivera recounted how her team reached out to Tuviera to fix her hair a day before the launching of her “Marimar” role.

(That was the time when we were not able to achieve the hairstyle needed for Marimar. They curled, straightened and colored my hair until it got damaged. It came to a point when I really cried because I felt like I’ll get bald with all the treatments that were done to my hair.)

Tuviera described Rivera during their first meeting, wearing an all black outfit with a black cap, as if she’s grieving for her damaged hair. Tuviera then talked about how it took her almost 10 hours to fix Rivera’s hair and eventually achieved the hairstyle they were aiming for.

(My emotions at the time went 360 degrees. The mere fact that my hair was falling off and suffering breakage, which happened for the first time in my life — you know how girls could be about their hair,”What’s happening to my hair?” So while you were doing my hair, I saw that it’s slowly getting fixed, and after it’s done, I regained my self-confidence.)

They also spoke about their friendship and the bond they built through the help of GMA TV producer Tony Tuviera, Celeste’s father and also the one who discovered Rivera.

Aside from “Marimar,” Rivera’s notable TV characters include her titular role in “Dyesebel” (2008) and “Darna” (2012). Her success in these series earned her the title of GMA Network’s Primetime Queen. JB